Apart from Yuki, are there other artists you like very much?

The composer, along with his orchestra – which included 10 performers from Ukraine’s Odesa Opera Orchestra — then echoed the pianist’s performance.​ 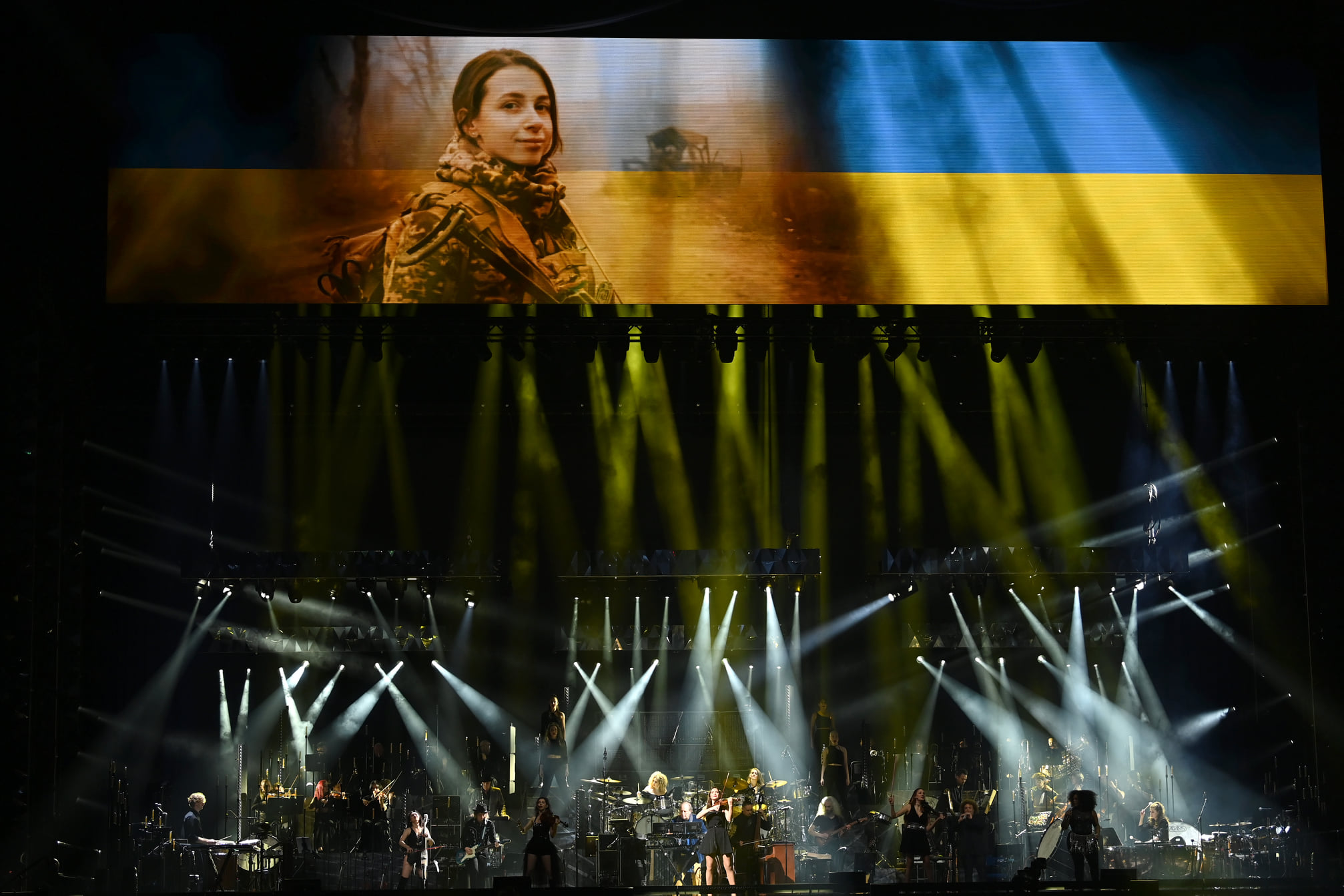 🇺🇦 Lament for our Children (Feat. Kate St. Pierre) / Thomas Bergersen 🇺🇦
https://www.youtube.com/watch?v=yAiqmNxn9yg
Last but not least! I really like this one. 2:28 great.

"Dear World,
Concluding my 3 songs for Ukraine is "Lament for our Children", performed by Kate St-Pierre.
A lament for the children who are suffering needlessly as the result of irresponsible, indefensible actions of morally corrupt people, whose greatest responsibility in life was to keep all children in the world safe, but whose only merit is the permanent stain of shame for having done the exact opposite."
Y

It is quite different from YK's, but compliments it in a way. I'd say it's mostly more accessible, more simple, and more entertaining.

YK has this unique, though often a little distant, approach that captivates. Sometimes, I feel Takanashi fills in the gaps YK neglects somewhat. Especially how a pretty simple arrangement or melody can be very strong, and how a quite short piece (1:30 for example, or less) can be very strong. How instrumentation can fit like a glove. Takanashi has this "very human" breathing, relaxed vibe I like a lot; YK's power is in more techical, virtuoso and "off-the-earth", fairly consistent and continuous intensity and majesty.

Both are fine artists, so it's like apples and oranges. But Takanashi's perspective is a nice change of pace and breather.

At the moment, I've either purchased/about to purchase 12 OSTs by Takanashi, and I've still at least 40 potential albums to prelisten to. We'll have to see if Takanashi can actually surpass my 26 Kajiura pieces.😊

It is quite different from YK's, but compliments it in a way. I'd say it's mostly more accessible, more simple, and more entertaining.
Click to expand...

I had to check the Yasuharu Takahashi OST listing at CD-Japan, and noticed that it included the Carnival Phantasm OST, so what you said makes sense. 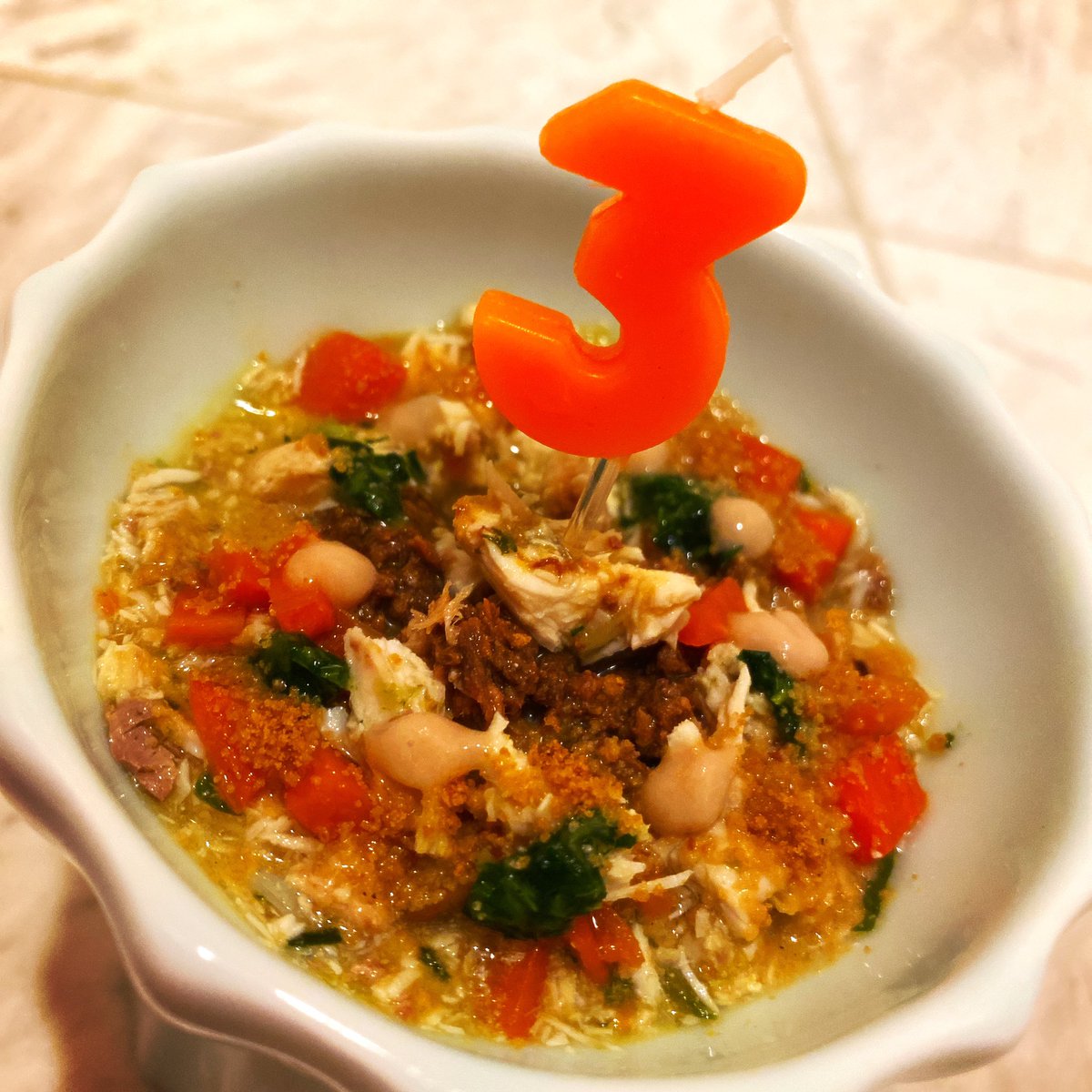 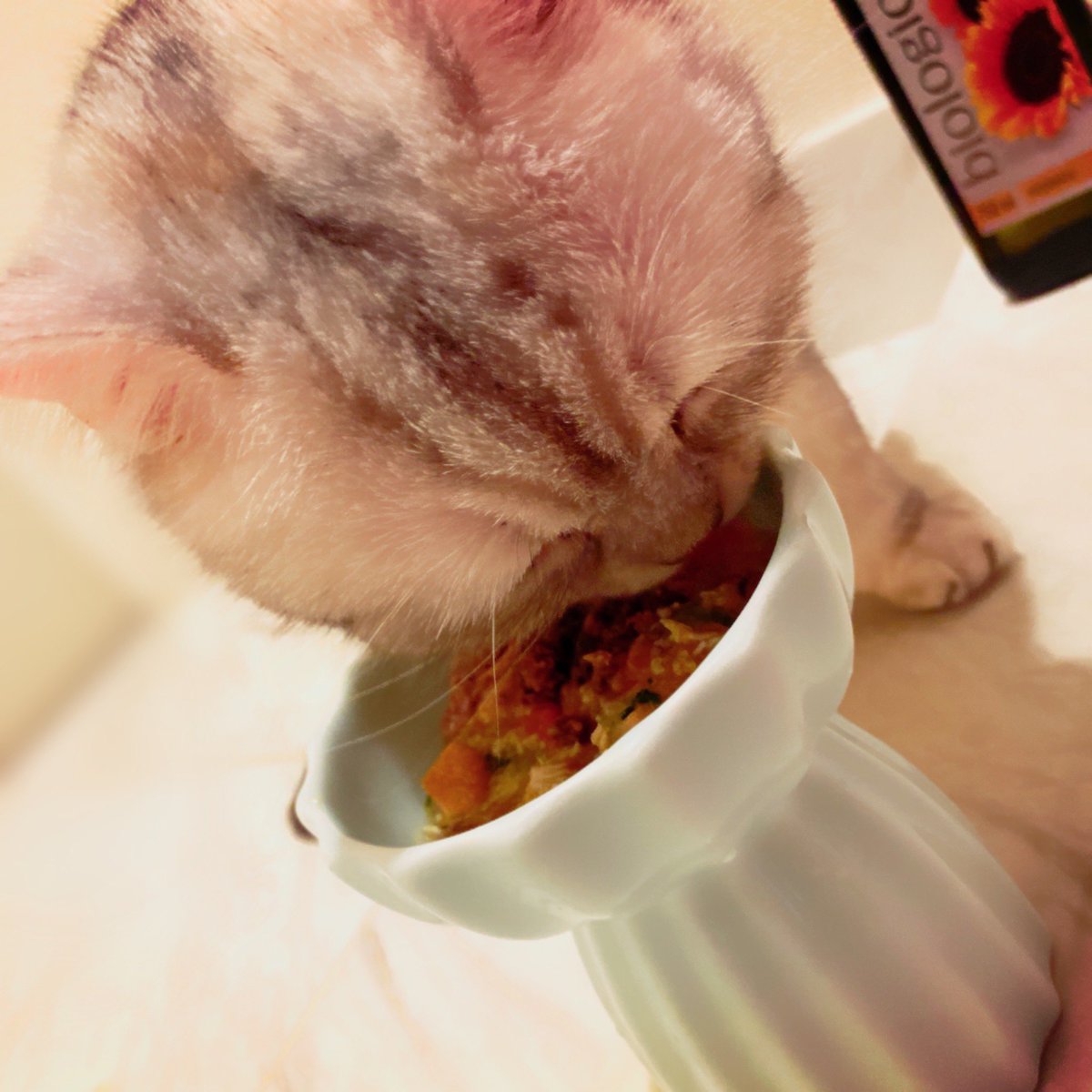 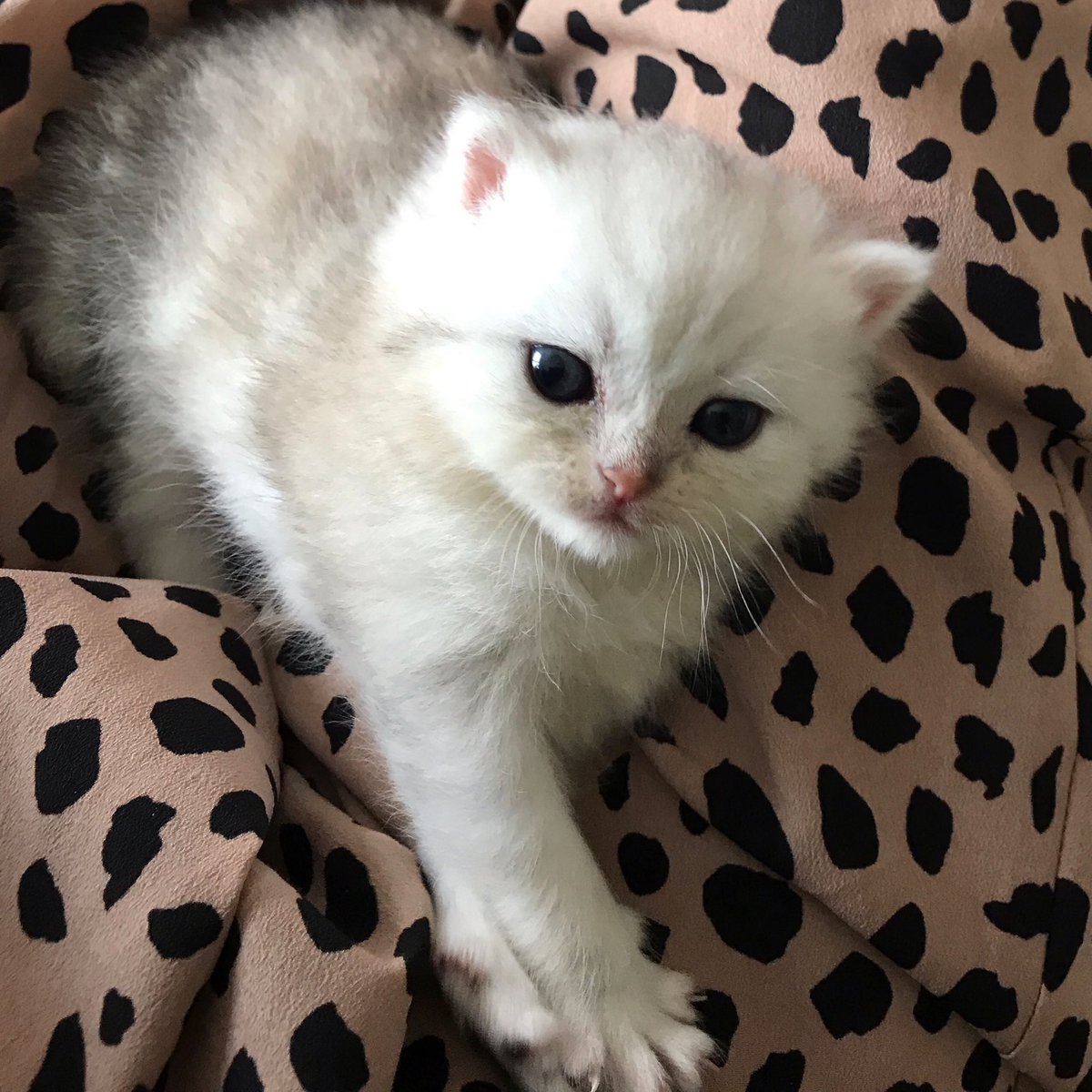 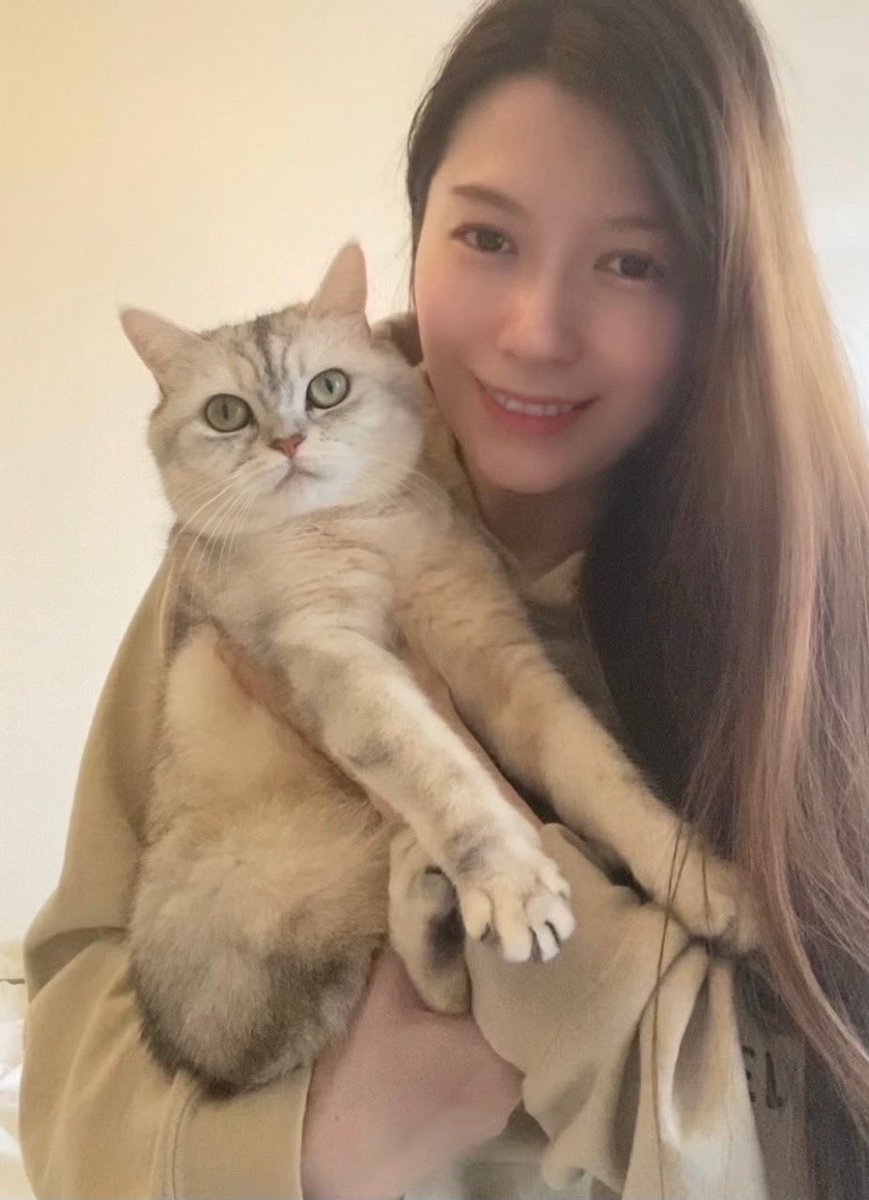 I think I responded before... but here is the new list. Yuki Kajiura is one of my ultimate favourite.

Nobuo Uematsu - same position as YK
LiSA - idk .. after Akeboshi my like for her jump to the roof.
Sound Horizon/Linked Horizon
SPEED - always have a spot in my ❤️. The 1st J-pop artist I listened to.
Arashi - i like them for their brotherhood 🤭. Their songs not all good and memorable to me.
Perfume - not really into their new song but still like them.

Ahead of their incoming orchestral concerts, good to see as every year music from Thomas Bergersen at The Mountbatten Festival of Music by The Bands of HM Royal Marines
https://youtu.be/Q9VooyxTP8A?t=732
Y

Uematsu I respect and have some of his FF work.

But, personally I feel Takanashi's "Genji [1]" OST beats every other videogame OST I've listened to (and I own or have listened quite a few). Sheer musicianship and artistry of traditional Japanese instrument use that Takanashi utilizes here is quite staggering. It no longer feels like a game. It may not have the best melodies, but it certainly has the best arrangements and atmosphere I've ever heard in any game.
Y

Mr. Yasuharu Takanashi is gaining: I've now set my sights on 18 or 19 of his works.

Left to explore are mainly various movie and series continuations (Naruto and Ikku Tousen especially) and a live album or two.

But, I've still at least 6-8 Yuki Kajiura albums left to preview so...

FAIRY TAIL: Music Festival Of The Dragon King / Yasuharu Takanashi
Mirajane's Theme - Features a violin solo, cute
Ultear and Gray - Harmonica instead of Flute, and Guitar
Gray's Theme - Extended, cheering, additional violin, violin solo and drums solo
Erza vs. Erza - Features an E.G solo at the end
Despite an average live track length close to 4 min, disappointingly, most other tracks including the main themes are not re-arranged, just looped.
Click to expand...

The Fairy Tail OST seems pretty popular and I applaud this hires decision. I personally only liked parts #2 and #4 enough to buy them, but I sort of "get" why people like everything Fairy Tail.

"I made all the songs based the songs on the original Sabaton album 'The War to End All Wars'. It's very different from the original metal songs and at points I composed whole new parts. It actually sounds close to my upcoming album 'Novum' as the instrument and mixing set is pretty similar. There's also some great instrumentalists featuring on the album: Tina Guo , Floor Jansen , Ian Fontova , Natalia Dmukhovskaia, Kim Sopata Fleuchaus , Sandro Friedrich and Antonio Bustabad."

Greek composer Vangelis passed away from Covid today at a french hospital https//www.iefimerida.gr/politismos/baggelis-papathanasioy-moysikosynthetis-pethane 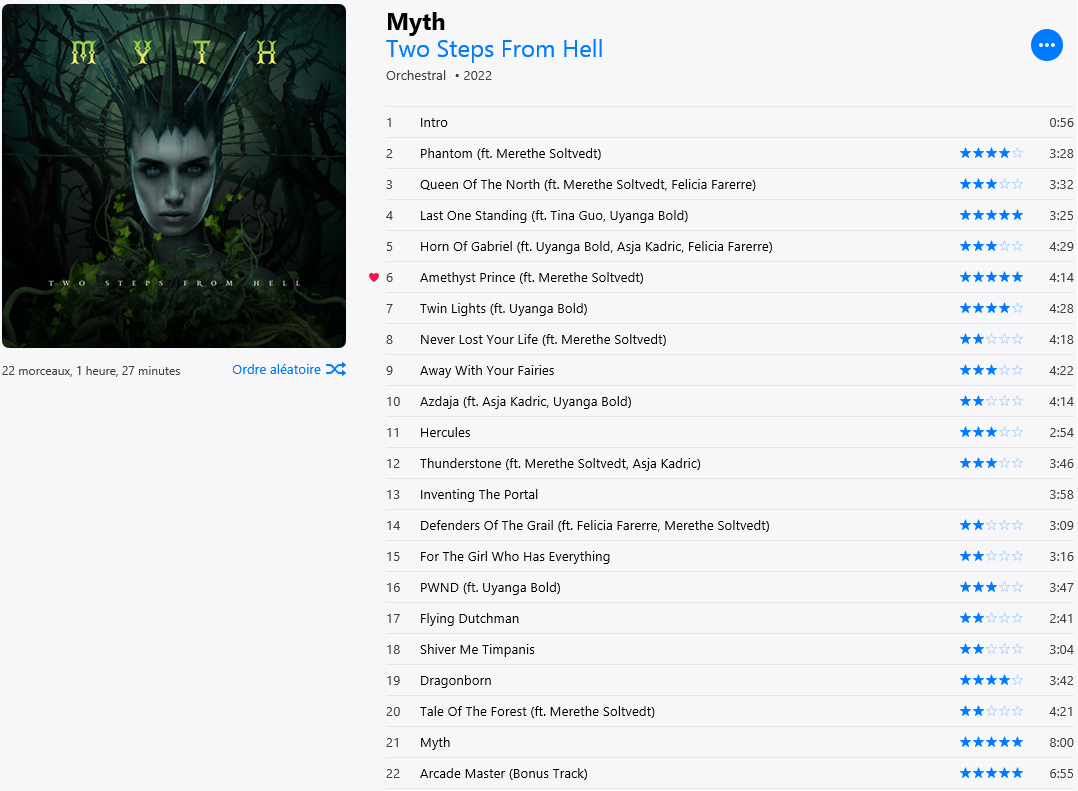 The new public album is finally here, after 3 years! Just released as a surprise and in time for the Orchestral Tour in Europe this month.

Intro: Just the intro to Phantom. Take it alone, it's useless, take them together, chills guaranteed.
Phantom (ft. Merethe Soltvedt): Uuuh here we go. Same vibes -not as good- as "Unbreakable". That mad violin at the end!
Queen of the North (ft. Merethe Soltvedt, Felicia Farrere): Good Nick Phoenix.
Last One Standing (ft. Tina Guo, Uyanga Bold): Ow... just when you thought Tina's cello was the climax of this piece.
Horn of Gabriel (ft. Uyanga Bold, Asja Kadric, Felicia Farrere): Love your synth here, Nick.
Amethyst Prince (ft. Merethe Soltvedt): Is it an angel? No, the girl is real. Good counterpart to "Emerald Princess", more fitting if it was a male? Back into the twisted EDM track, this time with some metal too.
Twin Lights (ft. Uyanga Bold): A remix of "Neon Nights" from the industry album of the same name. The vocals in this album are in super accordance with the Myth thematic. And now that's a super EG solo.
Never Lost Your Life (ft. Merethe Soltvedt): Vocal version of the track from the industry album "Mind Tracer".
Away With Your Fairies: Thomas is going Folk now! Wait... not only...
Azdaja (ft. Asja Kadric, Uyanga Bold): Interesting! Good job on the operatic vocals and the choir.
Hercules: More classic epic, good choir, but first Bergersen track with no twist in this album.
Thunderstone (ft. Merethe Soltvedt, Asja Kadric): That's a good track, Nick.
Inventing The Portal: Not my favorite Bergersen.
Defenders Of The Grail (ft. Felicia Farrere, Merethe Soltvedt): Another good tune for the Grail.
For The Girl Who Has Everything: Nick sings in this new version of the track from "Mind Tracer".
PWND (ft. Uyanga Bold): Very interesting, but not sure if I like it? More EG solo!
Flying Dutchman: Nick out of the comfort zone. Good good.
Shiver Me Timpanis: Classic too. Nothing more than orchestral.
Dragonborn: Very Uplifting. I would recommend this as a warm-up to Dragonwing.
Tale Of The Forest (ft. Merethe Soltvedt):
Myth: Too much metal in recent Bergersen works! But still so much variations in this track. The EG solo sounds so good here. I mean, the whole part from 3:13 to 4:17 is pure perfection. Neat orchestration. Apparently, the track was originally 12 min long.
Arcade Master (Bonus Track): the track from Neon Nights was reworked and shortened. Sick retro, but I already commented about this one.

Ok, imo not the best TSFH album, Dragon was better. It's been 3 years and we're still waiting for Dragon 2 that was teased right after Dragon ><
As if this album was quickly made for the concerts, explaining that we get several tracks remixed. But definitely not the best contender for orchestra, most of the orchestrations here are not as complex as older works such as "Skulls & Trombones", "Stallion", "Cannon in D Minor"... at least I think so...
Well I guess this is still better than Nothing when you make a tour 🙄

Just today, I came across a pretty nice jazz album that reminded me a little (not a lot) of YK's music. It's like YK went jamming freely a little more and made richer use of solo instruments. This album was by Christian Scott in collaboration with aTunde Adjuah, and named "Ruler Rebel". It has a quite melodic, dark and dramatic approach similar to YK's and it, too, is a little unconventional I think.

Strangely, and unfortunately from my view, all the other albums by Scott seem to sound quite different and a little more traditional.
You must log in or register to reply here.
Share:
Share
Top