Here's a pic of my collection as it currently stands: 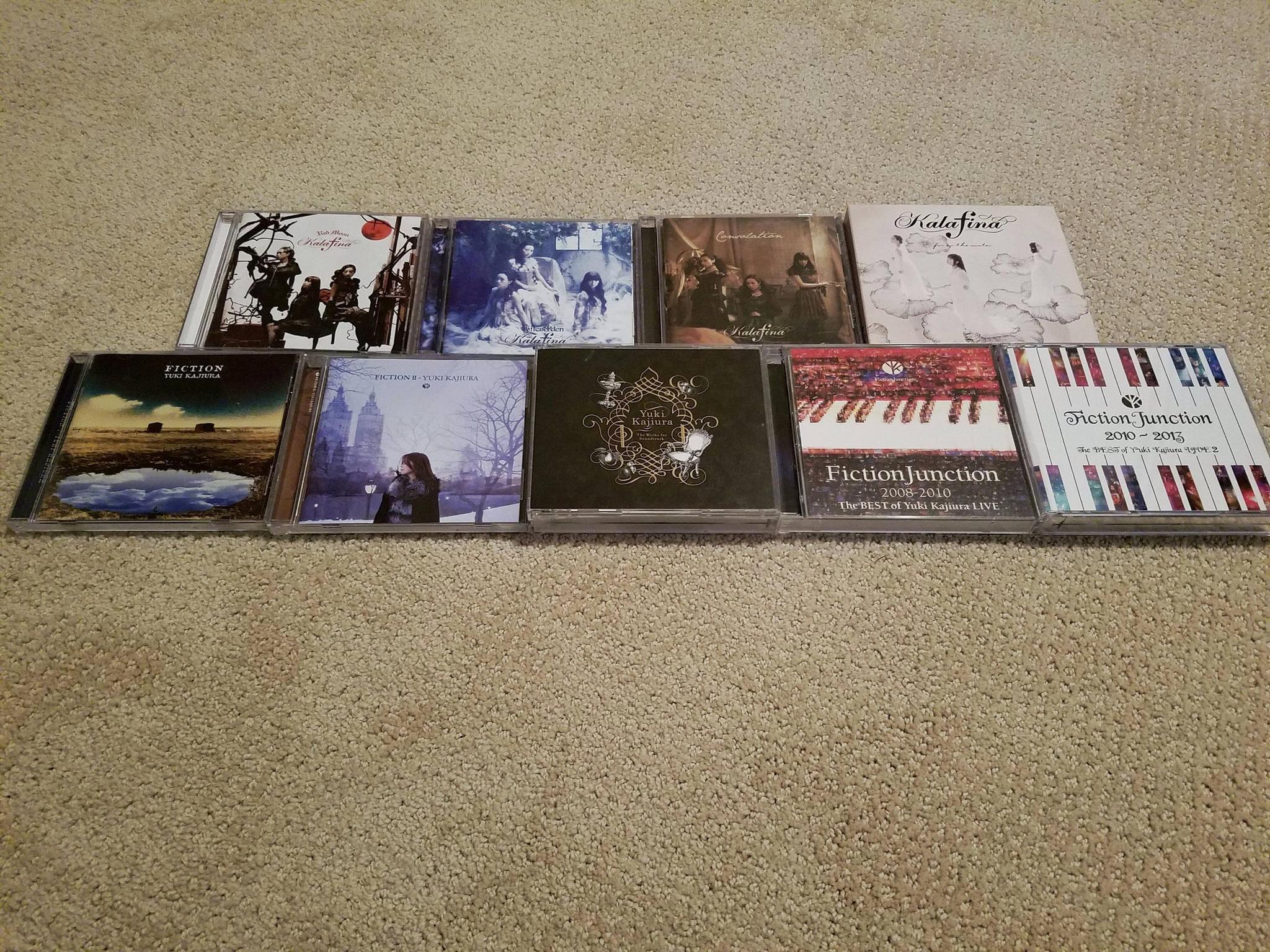 Seasonreaper said:
As in, it's a regular CD case with an outer cardboard sleeve that just slots over the top.
Click to expand...

So as I said before, I've started growing my YK collection since last Summer. 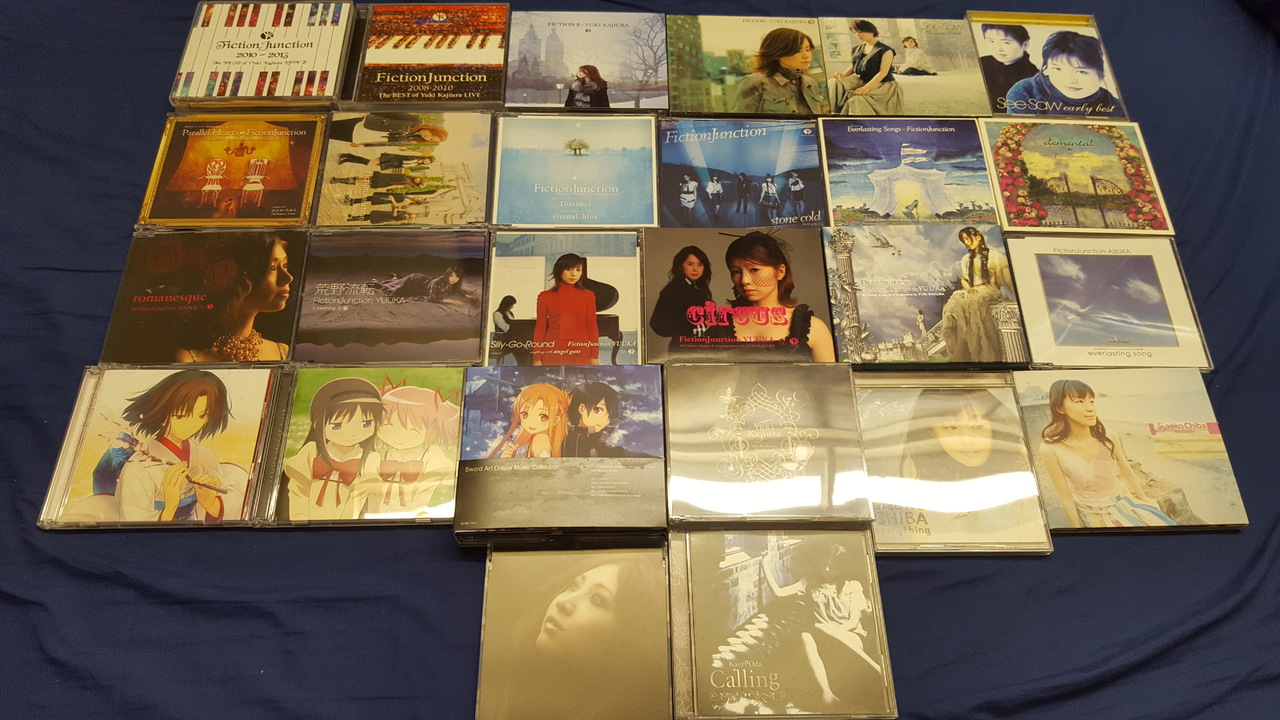 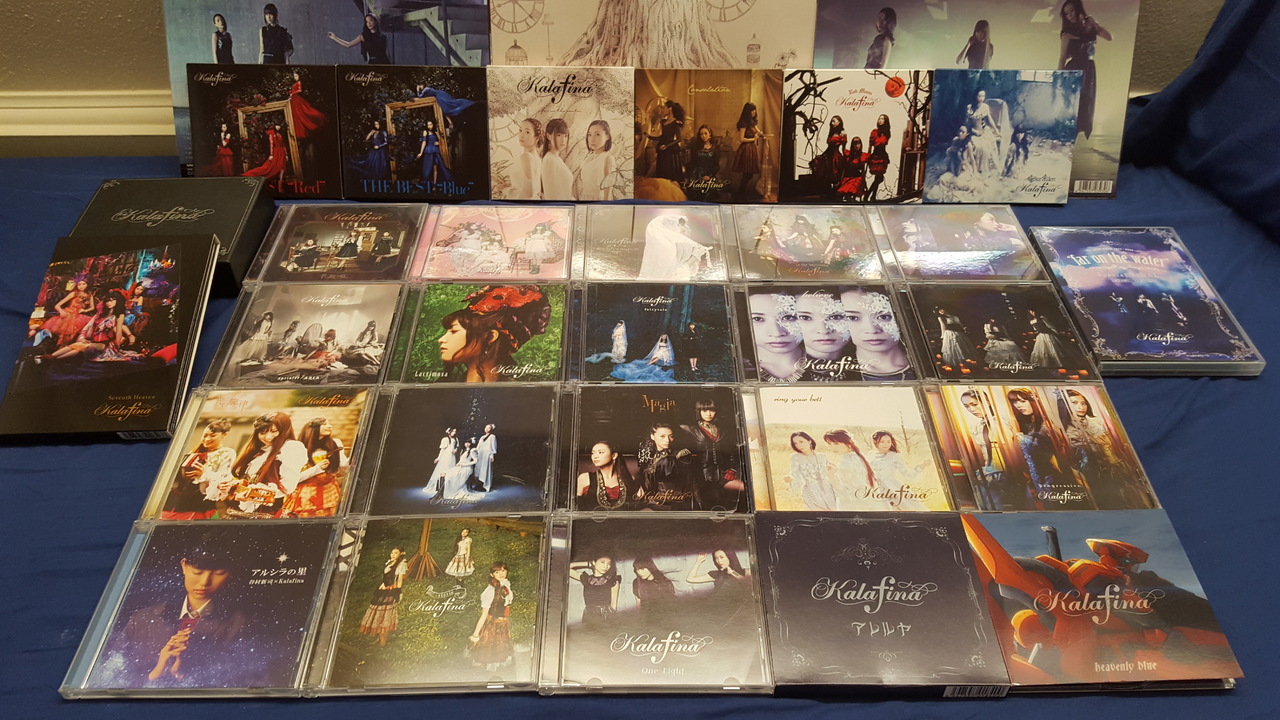 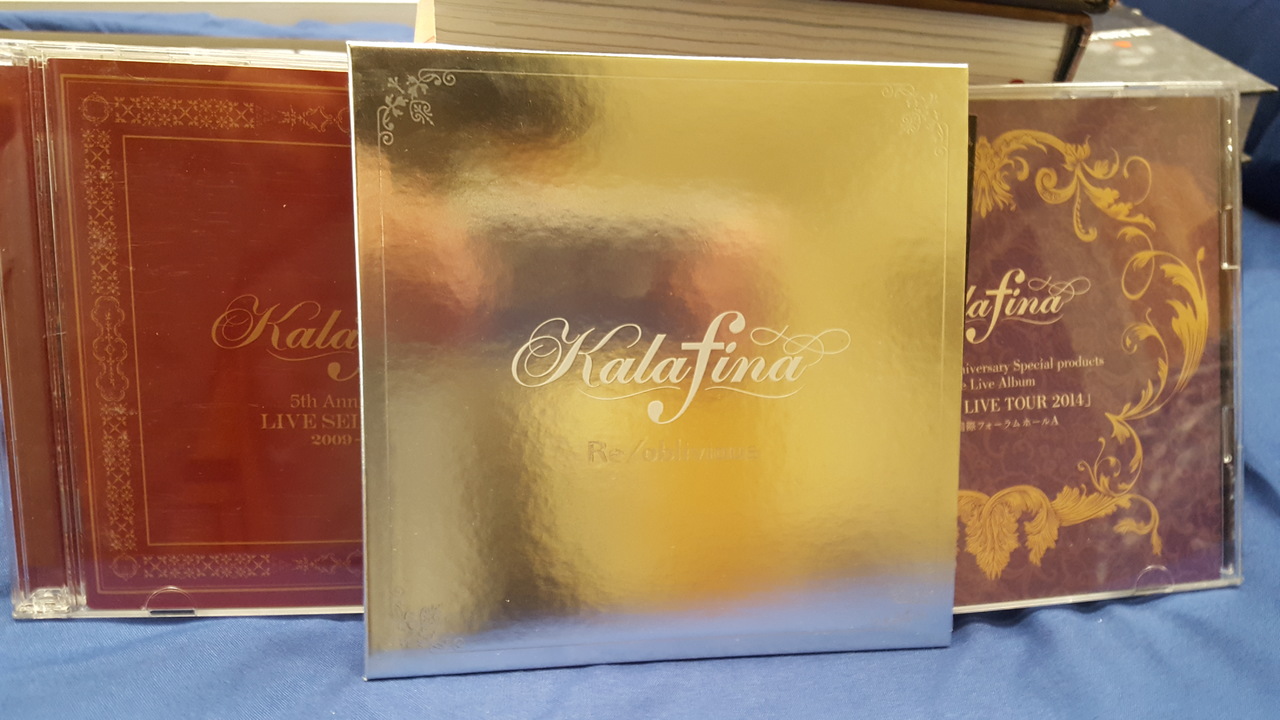 Here is how my mini YK section looks on my desk which is running out of space unfortunately! (Living in dorm

), although I collect stuff of three artists only: YK, Revo, and Utada Hikaru. 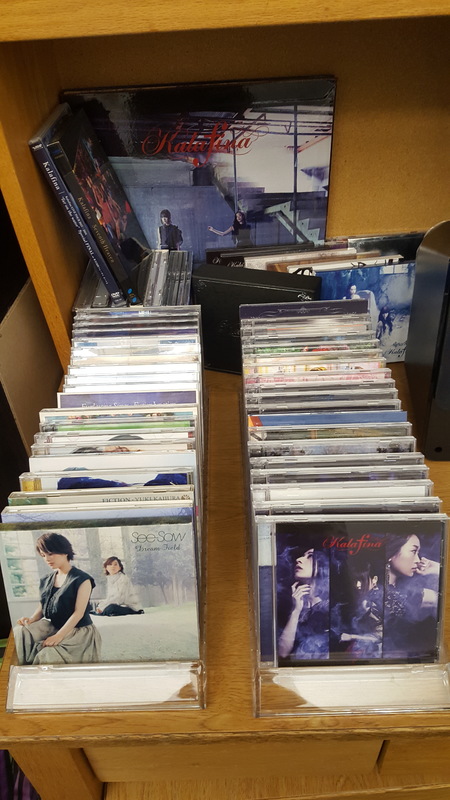 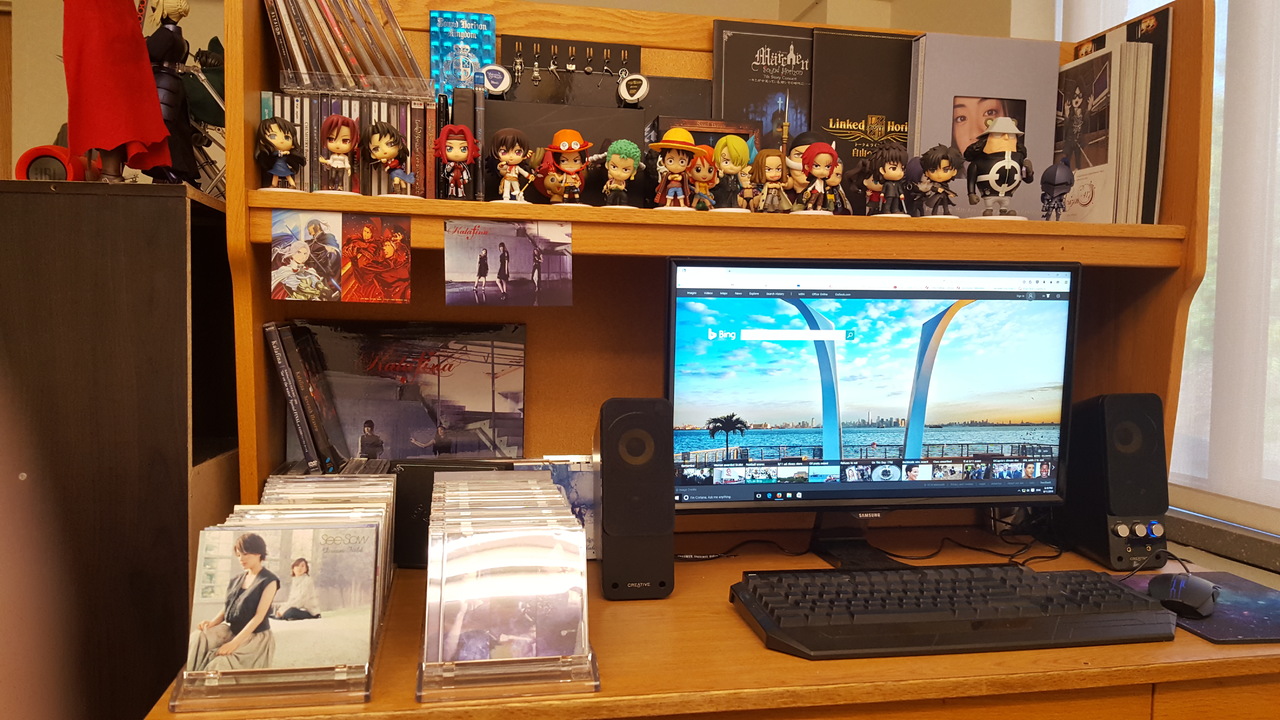 And Finally, thanks to @Seasonreaper , @Atlas Star , and other members' experiences, I've got most of them from AmazonJP, CDJapan, and Suruga-ya.

Awesomeness picked up "consolation LIVE 2013" bluray with the two post cards for ~45.00USD!! And a "sample" version of the "blaze" single (RE). Honestly wouldn't have gotten this shit if it weren't 10USD.

Edit: FYI this purchase was at a shop so no shipping FTW!
S

Does the sample version look any different? Most sample CDs I've seen are in cardboard slipcases, is that the same here?

Seasonreaper said:
Does the sample version look any different? Most sample CDs I've seen are in cardboard slipcases, is that the same here?
Click to expand...

It looks exactly the same! Except on the back, there is a yellow sticker that says "sample version" in Japanese and then some blah blah about how it should only be used for sample use and not for sale (lmao).
I don't want to open it until I get back home though, so I will let you know if there is anything different (doubt it though)
S

Just got my parcel through from one super lovely CPM member (I forget if you want to be named, if so just PM me and I'll edit this post) with a bunch of stuff from the Arena lives. Unfortunately no Kobe exclusive shirt, but they managed to get everything else, plus a couple of neat bonuses

Collective image of stuff, with the postcard set, the pamphlet (which is HUGE, I didn't expect it to be so big) and one of the main tour design shirts. Also the 2017 calendar with the bonus postcard from the live which is... odd. They just cropped the girls together on a white background and then realised they ran out of space so overlapped where Wakana and Hikaru's parts are? I don't even know. 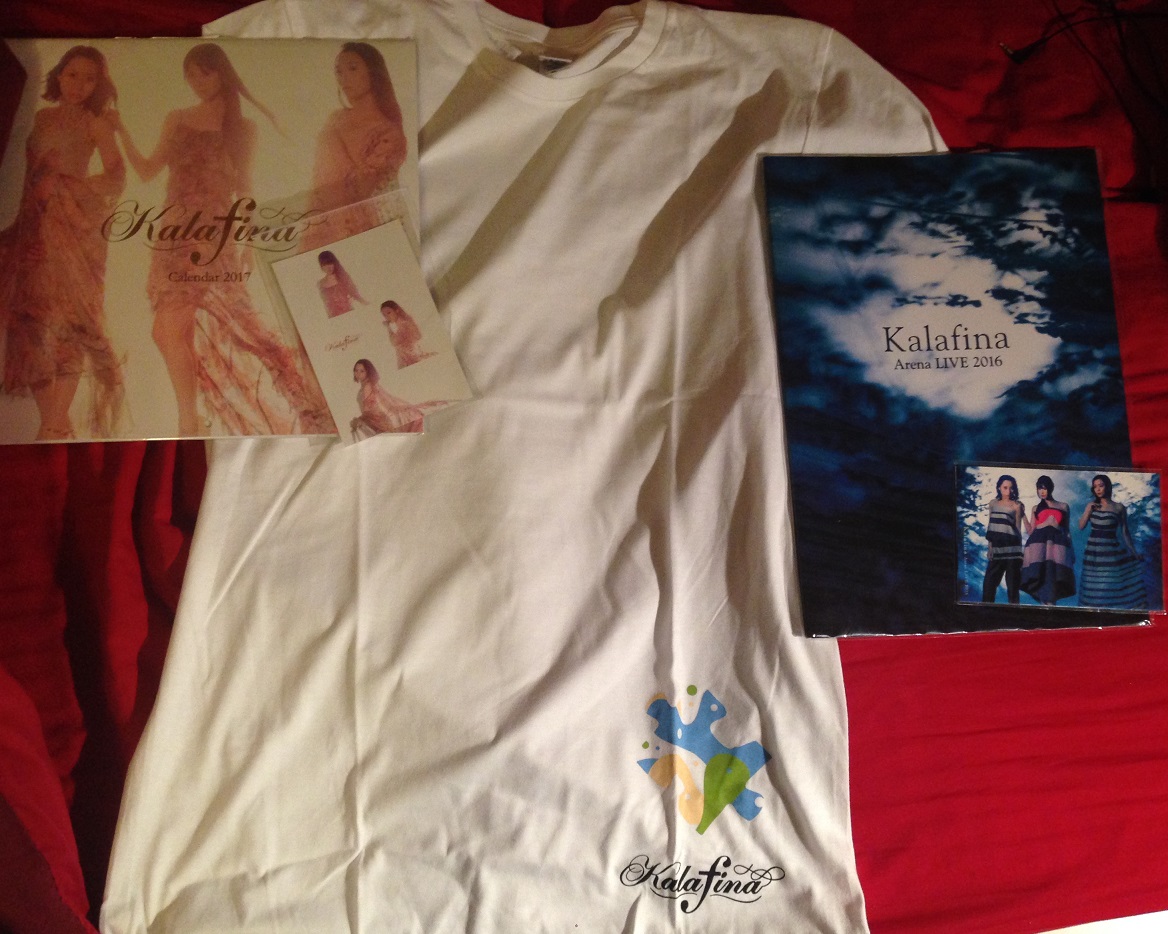 Back of the shirt design, which is pretty cool. Makes me want a world tour even more, though. 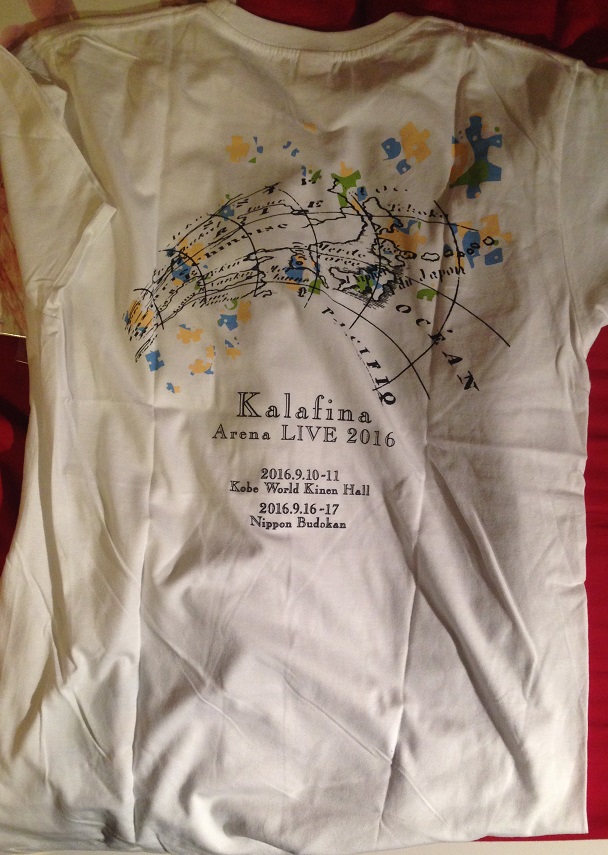 And a bunch of flyers that were presumably given out at the event, similar to the pack of random stuff I got when I was at one of the events I guess. Wasn't expecting these, so it's a nice bonus

. Mostly just relatively basic merch flyers and a pretty cool Haruna Luna advert which I didn't bother taking a photo of, but I am happy I got these two 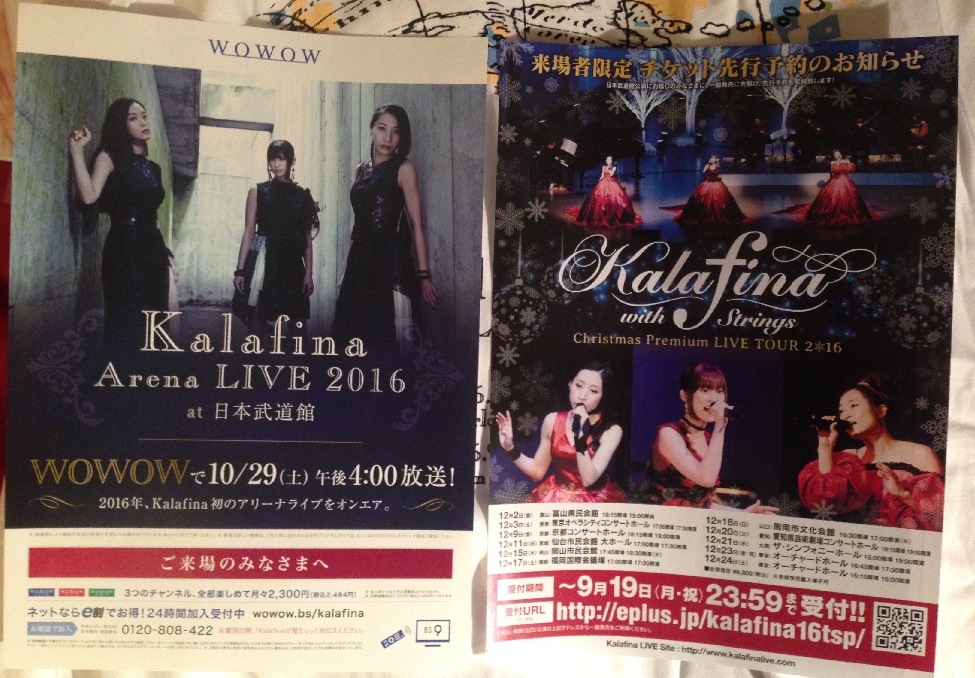 After seeing some photos from the postcard set and the pamphlet, I was looking forward to them and frankly they don't disappoint. I'd honestly say this is the best pamphlet since the Red/Blue Day one, it's massive, the photos look gorgeous and finally there's a marked absence of super obvious shit filter use and lens flares everywhere like some of their other newer photoshoots (mostly looking at some of the FotW pamphlet and some of the 2015 Christmas pamphlet photo sets here), just a whole bunch of lovely photos. Each of them also gets a couple pages of interview and four (!) full page shots of them in those white Arena Tour dresses they showed off a while ago with a slight sepia tone and oh god they look so pretty there. Also none of that Keiko super wide eyed crap like there is in the calendar either. The only real complaint I have is it's too damn big for my shelf

Picked up 4 CD's from Lashinbang Kanazawa, 3 with music by Yuki Kajiura: 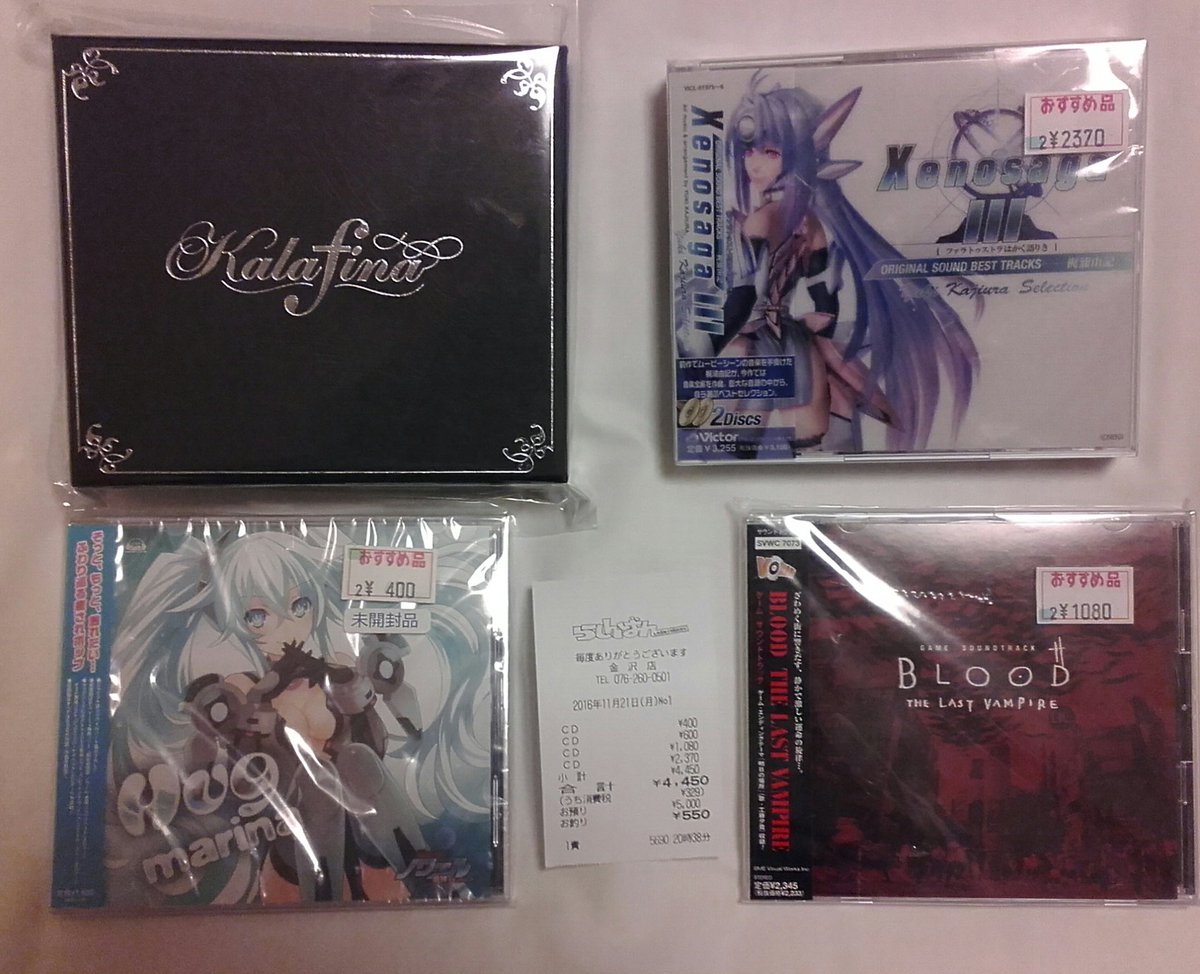 @Kugayama what's that one on the top left corner?? is that re/oblivious or something? Or is it oblivious LE?

Atlas Star said:
@Kugayama what's that one on the top left corner?? is that re/oblivious or something? Or is it oblivious LE?
Click to expand...

@Atlas Star there's this one on ebay if you want to purchase it. I'd assume the price is fair since it's now out of print and was made around like 2008. Kalafina items from that time can go for ridiculous prices on these sorts of places (where proxy services aren't needed) in my experience, especially any kind of poster.
I've never had many problems buying off of ebay, just be weary of scratched jewel cases, the scratches barely ever show in pictures. Of course always be weary of seller credibility so look at ratings but that's pretty much a standard for buying anything anywhere online secondhand or not.

I actually own one myself that was around $25-30 AUD in really good condition. It just looks so pretty and shiny.

Also picked up on my last trip:

Here is my collection. 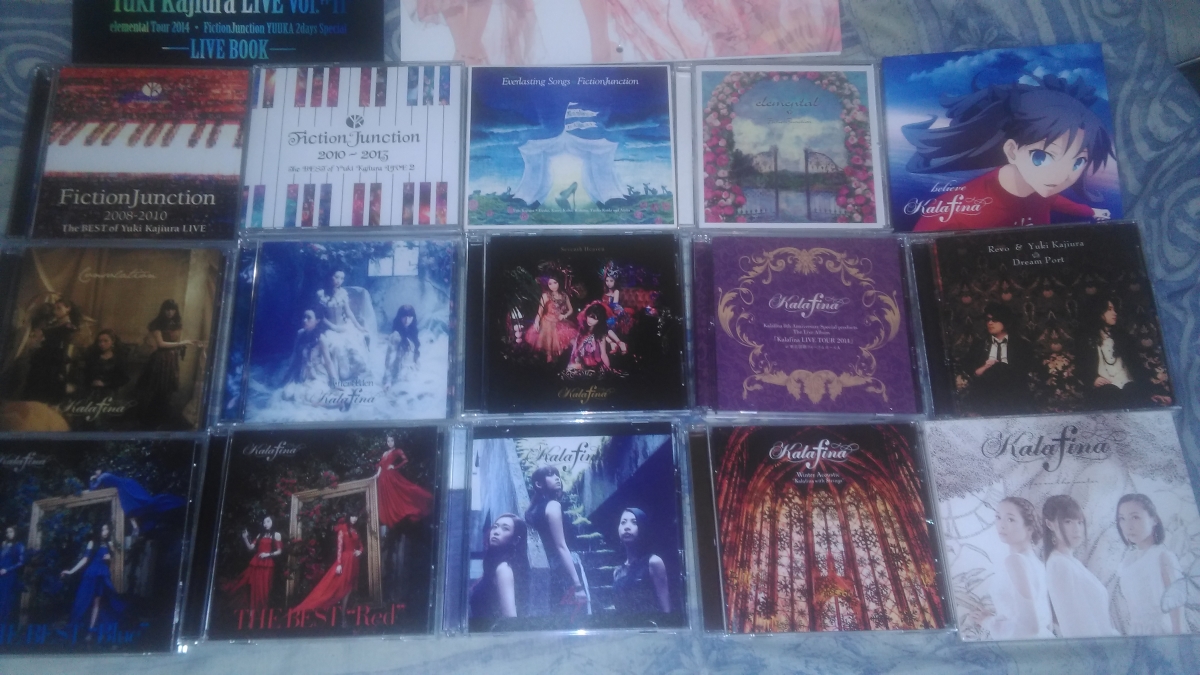 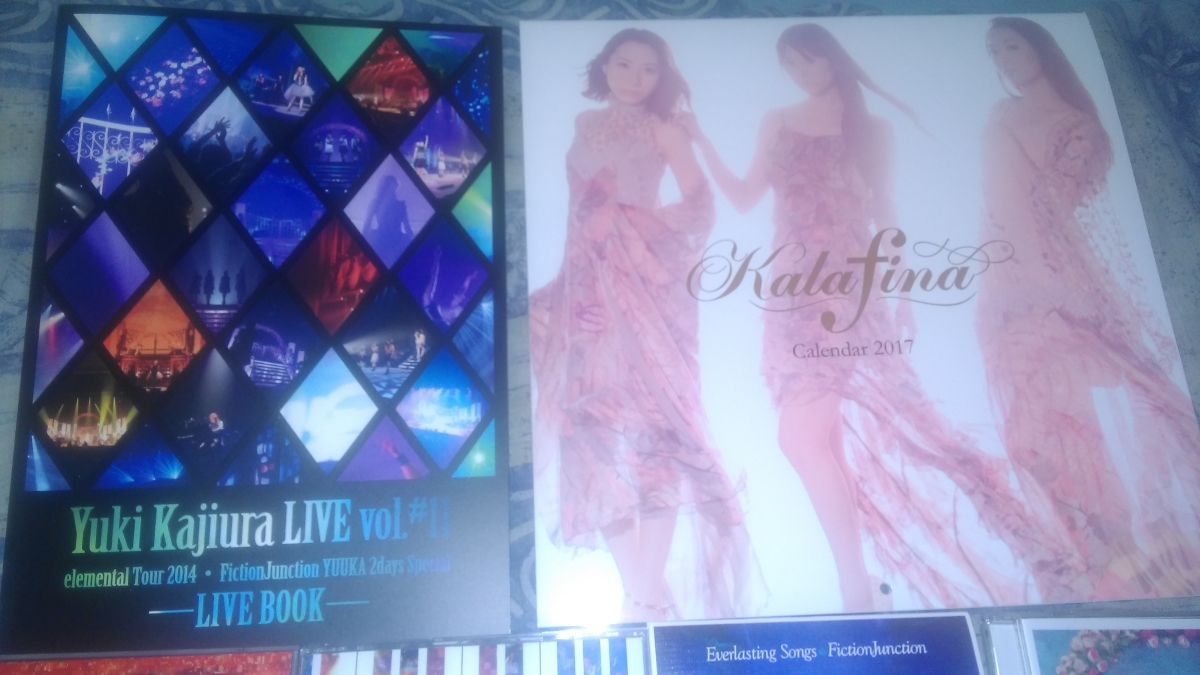 FictionJunction Club: Making Of "After Eden"


Magazines and other pamphlets:

rsultan59 said:
Next fall It'll be 2 years since I discovered my favorite artist Kajiura-San next to Revo. Also, I would like to know if Fictionjunction Club vols are mostely photos (like Sound Horizon's)?
Click to expand...

Sometimes there will be little question and answer sessions that all of them will participate in.

I'd say they're picture heavy, but have a lot of little comments and the interviews balance things out a bit.

I've been interested in the Sound Horizon newsletters, but can't seem to find scans of the whole issues. Someone used to be active that did that, but no longer does it and their links are no longer active. I do know Dreamport comes up in two issues of Salon de Horizon. I've been saving up to get those particular two.

Go ahead and click on the image in my signature for the newsletters.

Just received the Christmas Live 2016 pamphlet. Seems the first photoshoot has gone back to them using dumb looking filters and effects again, but the rest of the shots are rather nice.

My progressive+ shirt that I won finally came. Looks nice! Huge thanks to @Seasonreaper for remembering how much I wanted one and told me about it. 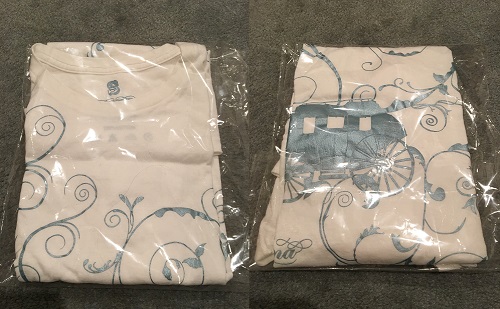