Atlas Star said:
Wait is this Peru situation for real?? I thought @VyseLegendaire was joking!!
Click to expand...

VyseLegendaire said:
I guess I just started the most credible rumour as to her whereabouts
Click to expand...

Whatever happened to the pregnancy rumor? Or maybe she’s raising her baby in Peru.
G

Whatever she's doing, she's probably not trying to reach Wakana through Hikaru's personal twitter using photos of herself with Kalafina memorabilia.
F

Ah...
And here I thought that Wakana and Keiko were going to end up together and live happily ever after.

who impregnate keiko if the rumors is real?????
G

I don’t believe that rumor myself. I just remember someone saying that she looked pregnant in the 10th ann live. I just thought it was a poorly fitting dress myself, since I saw no signs of a big belly in the documentary footage. I think she would make a wonderful mother and be a dream wife for any man, but based on interviews, it’s clear that singing is her main focus. So I would be happy for her to have a family, but she has many productive years left as a singer if that’s what she wants to do.
R

This thread has become the shitposting thread. still the most entertaining thread on the forum atm.

Virgil said:
who impregnate keiko if the rumors is real?????
Click to expand... 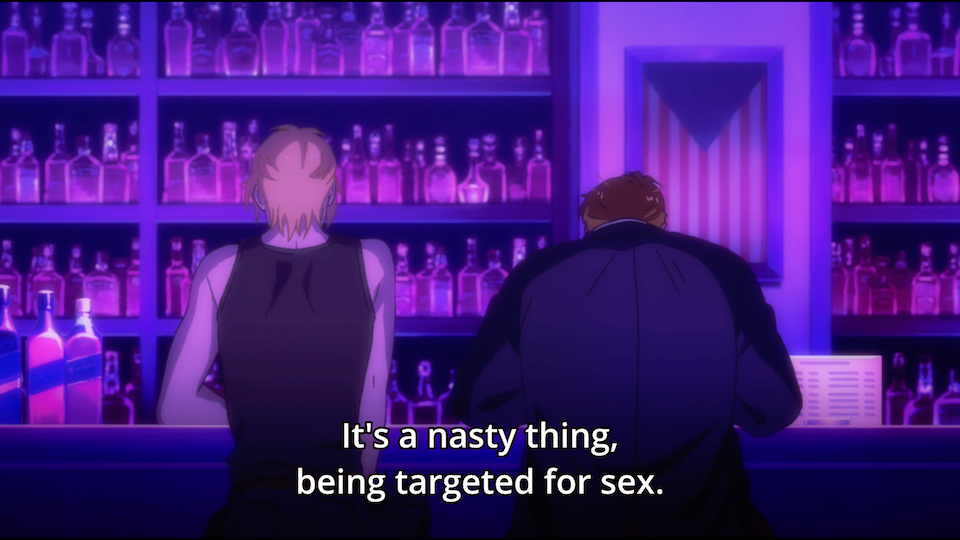 ritardando said:
Didn't all people on this forum think Keiko is a lesbian back in 2012/2013?
Click to expand...

Well maybe she is bysexual :P anyway its not our business to gossip about the girls relationship. Its their own life and they are free to do whatever they like and they dont have to apologise to anyone. I hate this idol waifu thing they have in Japan and some people here seem to go along with it.
F

Yet another person from the dreaded Tumblrland (though I’ve never really liked Tumblr). I'm late to the party, but I know a bit more of what’s going on than a lot of people here and on Tumblr.

The person who created this project is actually uaDude. He goes by something along the lines of uawakanafan (I forget exactly) on Tumblr, though he may have deactivated it. He’s the creator and admin of the Kalafina fangroup on vk.com called club_kalafina. His name is Webteste Doityourself there. He’s Ukrainian, a bit more conservative than some of the other Eastern European fans, and his English is limited (better than my almost non-existant Russian). He’s a nice guy. Never had any problems interacting with him.

I knew about this project about two weeks prior to Putschki’s first post regarding it. uaDude (I’ll go by his screen name here) posted about it on the vk.com group dedicated to Yuki Kajiura called kajiura_yuki. The opinions there based on my browser translator were slightly better than here with much of the same questions.

When Putschki posted her message she merely stated that the project was started by “a guy from vk.com” or something along those lines. Hence why people think the project is hers, since she didn’t give uaDude proper credit with just a mere mention.

My thoughts on the project can be summed up to in a single sentence: This is inappropriate collective mourning.

It also shows a severe lack of understanding about Japanese culture on many levels. The simple obvious one is that Christmas is a consumer holiday started by a merchandising company back in the 1800s. While people do give gifts, especially to children, children only get one or two presents and a stocking stuffer. The evening of December 24th is actually bigger and is centered on romantic couples like Valentines Day. It’s mainly a prelude to New Years.

There are two types of Kalafina fans from my experiences in Tumblr and on the CPM discord.


I fall into 1, which is where most are. Sadly, while 2 is much smaller, they are the most active and vocal on Tumblr. They aren’t really around the CPM discord.

As far as the way Kalafina disbanded, various circumstantial evidence shows Keiko, Hikaru, and Wakana weren’t exactly happy about it. It’s also been a year now. How they think or feel about things now are going to be a bit different. We also don’t know how Hikaru will think or feel about seeing said messages. If it’s like I suspect and she’s going for a solo career, it may be incredibly painful knowing she’s not going to be interacting with Keiko, Wakana, or Jr. for that matter in the same way anytime soon. The assumption of “Oh she’ll love it…as long as everyone follows the specific rules,” is a big assumption.

Then there is the other big point, does anyone think there won’t be at least one person who breaks those rules and state they wish Kalafina to come back or whine about how sad they are about said disbanding? There will be and we all know it.

As far as Keiko’s trademark claim, here’s how groups like Kalafina typically work: A talent agency (in this case Spacecraft) will announce they want performers, said performers audition, the talent agency chooses the songs for them, the name, and thus own the trademark. The only wildcard here was Yuki Kajiura, if she held any claim to the trademark Kalafina, and the ability to give it to Keiko. Since she left and the name didn’t change, if she did hold any claim, she may gave it up in exchange for something else. Seeing how active Keiko was with Kalafina, I find it hard to believe she wasn’t aware of a good chunk of this.

What we do know is that she filed said claim a mere few days after she formally announced to Spacecraft she wanted to quit back in late December. She rescinded her claim less than two months before Spacecraft announced Hikaru quit. Basically, we don’t know why Keiko filed that trademark.

With those of us in group 1, I’ve found a lot of us are sad that Kalafina didn’t end the way Hikaru, Wakana, and Keiko wanted and we’re focusing on other things. For group 2, since they only cared about those three they’ve become anxious, confused, and even depressed.

This has to do with the lack of closure. It seems to me this entire project is a way to cope and perhaps get some form of closure. For others, they just haven’t thought things through and see it as a happy message to the three of them.

As far as Putschki is concerned, I won’t go into details since she’s not here, but I’m hard pressed to think of an interaction I’ve had with her that wasn’t defensive, passive aggressive, or out right aggressive this year. I know she suffers from severe mental illness because she told me she frequently wakes up in the middle of the night to look up news on Kalafina and it’s affecting her life. She suddenly decided to start scanning booklets again after a conflict with me, which also included booklets I stated were currently being shipped to me. Our last conflict was actually about Sania. I’ve now blocked her from being able to view my blog.

As far as the results from this nonsense, I expect Hikaru to give a small canned “Thank you for the well wishes,” or some such on her Twitter and that’s it. She’ll likely think it might be some cultural thing she doesn’t understand, that the international fans likely don’t know what’s quite going on, and say it to be nice. This means those who partook will consider it a success thinking Hikaru loved it, while not realizing that it’s typical in Japanese culture to say that to preserve harmony and slam the "haters." Hikaru’s true feelings are going to be unknown.

It’s been a long time since I’ve been on here. I didn’t care for the constant snipping between people back then. I’ve never really felt comfortable on Tumblr because of the people in group 2. I typically hang out on the discord now and have focused my blog on FictionJunction with it being on multiple hosts. Kugayama suggested I come back here a while back and I’ve thought about coming back. So nice to meet you all again! I do agree with Grunty about the greatness of Yuriko Kaida. Yuriko needs more love.
G

Sania being that girl I knew she was.

(And @Sania, it's not serious. I've no idea what drama @Mistress Of The Obvious is talking about. ;) )

@grunty It's surprising, because I have no idea either

I can only grab popcorn.

Well, I'm only familiar with drama I'm part of so... dare I say most of CPM drama? w
Not so much outside the forum since I'm not using tumblr or vk.

BY THE WAAAAAAAAAAY @Sania... looking through that maiyayaiya hashtag on twitter, I guess our dying little CPM community isn't doing that much worse than the "international fandom" outside.

Sania said:
It would be a little bit different if this forum wasn't almost dead.
Click to expand...

You know, juss speaking of drama...
You must log in or register to reply here.
Top