I remember someone menthioning it but i dont remember where exactly. were musicians there in the concert ?

@george1234 - Kyoichi Sato on drums, Jr on bass, Sakurada-san on keyboards, Koichi Korenaga on guitar but no violinist.
R

Guys does anyone have Oblivious footage #9 in the Tumblr collection which was taken down by SME. It says that it was the best, so I'm really interested in watching it....
S

New footage up from another press member (so hopefully it'll stay around), they cut around a lot and only cover little bits of Obbligato, but they got Wakana's solo part again: https://www.youtube.com/watch?v=Ld6OJJjqvq8

And these photos really made my day.. hahaha! XDD source 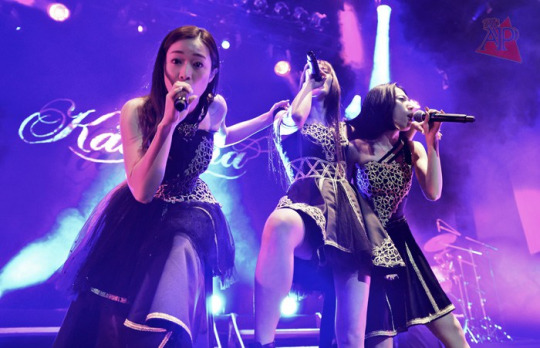 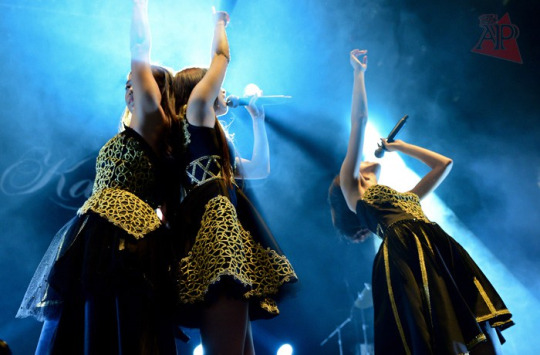 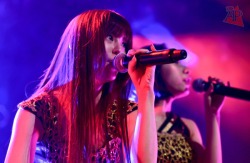 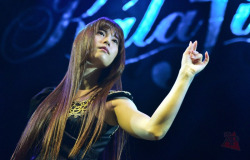 thanks so much!! Its interesting how they want to collaborate with specific artists :)
i would love a collab with Kokia or Shikata (too band they are on different labels)
S

Aimer, Akiko Shikata, Eiko Shimamiya or ClariS would be my choices, although I don't know if any of them would happen. Kokia could work too. Or maybe Kanako Ito?
J

Here is my report, sorry for the delay:


I put my gifts on a bag... the bags had a heart pattern. I choose one color for each, Hikaru: blue, Keiko: red and Wakana: purple.
I found a shark while I was in Mexico City so I bought it to give Wakana. I didn't have time to take a picture of it. Besides my drawing I gave them these three "rag dools" my mother and I made: 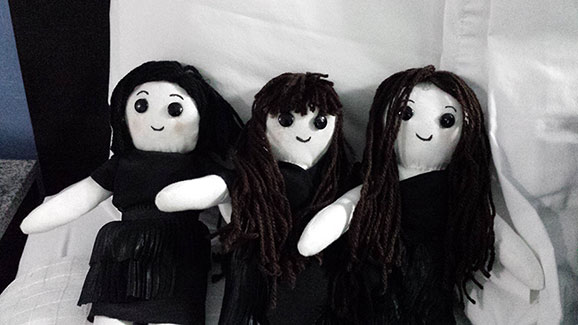 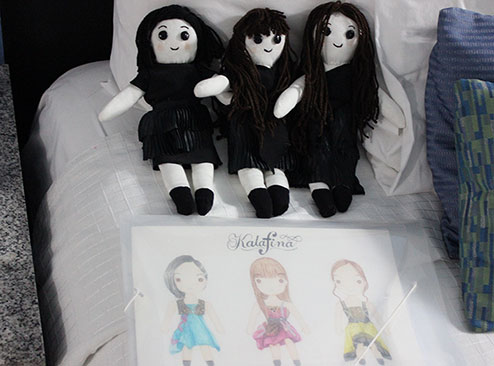 I met mieko in the line and he was searching for brody. We couldn't find him until we entered the concert zone. spellcasterbr arrived and when we entered we stayed together, with mieko's friend. We were in the second line, on Hikaru-side.
The show was late 15 of 20 minutes... I think there was a problem, because I could see the bassist waiting to enter. When I perceived that Konno wasn't here I felt a little bit sad. : (

We were at Hikaru side, and she looked to us! She was always smiling, so cuteee! Wakana's hair was wonderful... *--* 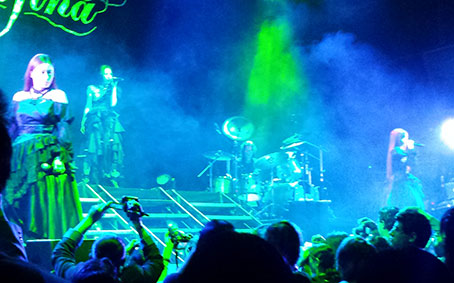 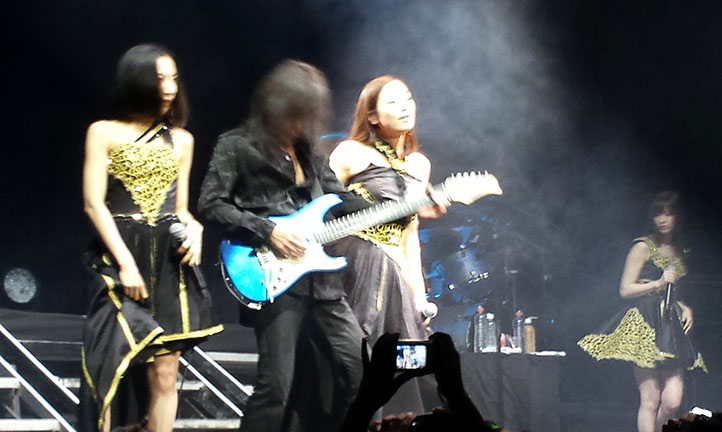 When they sang oblivious I felt so happy, because ... I realized that it was really Kalafina.
When they played Kyrie I almost had a heart attack! Wasn't expecting this music and it is one of my favorites! *----* I sang it all with them! 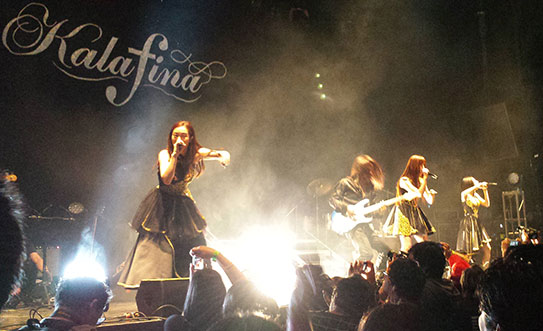 The crowd were in unison saying "Kalafina, Kalafina" and this thrilled Keiko into tears. She made a pink promisse that they would be back to Mexico. Everyone put their hands up with the little finger making the promisse. 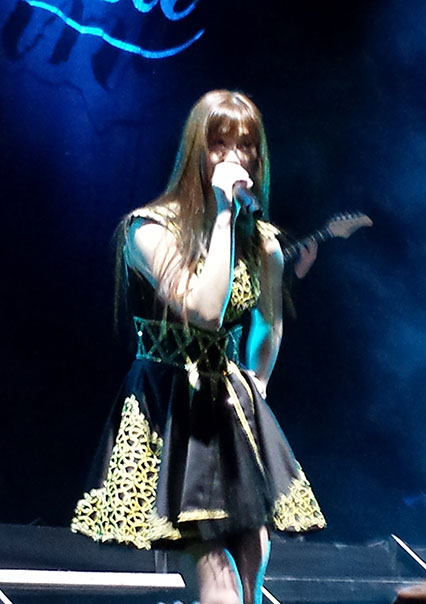 The flute solo of far on the water was changed for guitar.
Keiko dressed the Mexican flag as a dress and rotated a few times. So cute! 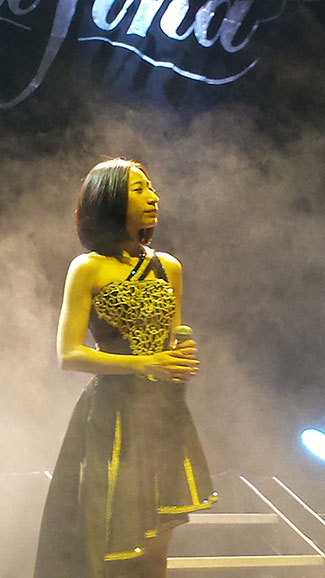 In the meet and greet the security were hurring us... they gave us a Fotw poster and I gave the gifts to the girls and they said arigatou. Keiko seemed a little bit unconfortable because they have to autography quickly.
Wakana said "hola" and I almost melted ;___; 10000% cuuute! I was able to say "bai bai" to her.

I loved the setlist... but it would have been better if they had changed Believe for Kagayaku no Sora no Shinjima ni wa or Lacrimosa and Heavenly blue for Lirica or Signal.

After the concert we went have dinner(Mexican foo) and we took this picture: 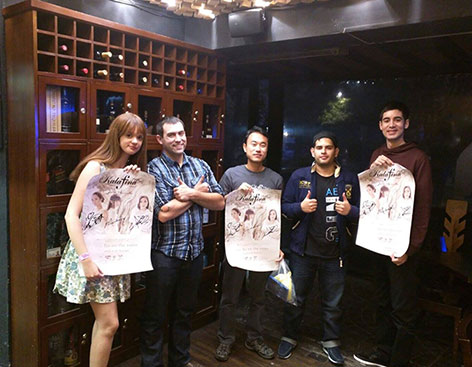 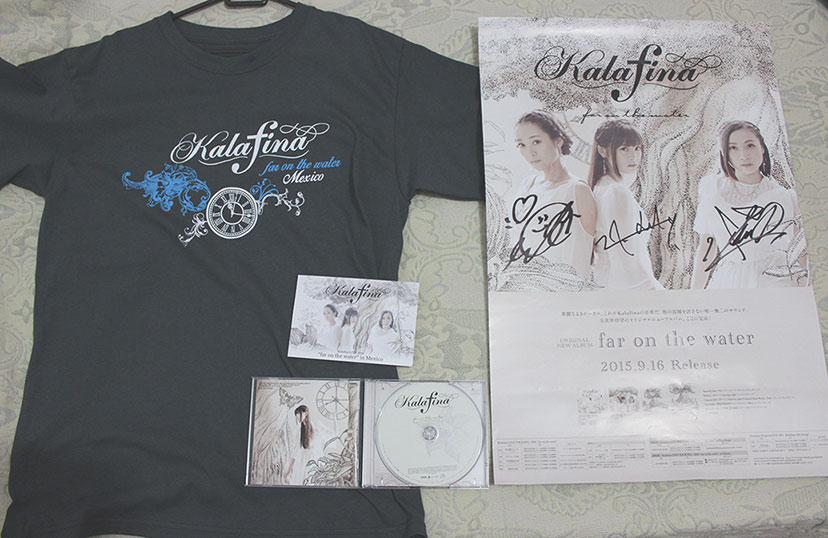 Nice report~ Good to see that you enjoyed it, although there probably wasn't much of a chance of you not

I've heard a few people mention about the meet and greet being rushed, can't say I'm surprised. Most (if not all) sessions have been like that thus far, no matter where they've been.

Oh my, those dolls are adorable. You said before that the girls didn't get a proper chance to look at the gifts due to the speed at which everything went didn't you? That's disappointing, it would've been nice to see their reaction. Maybe if there's a documentary they'll show some of the gifts they got, it's happened some of the other times.
I

I was happy that I could meet them :3

@Seasonreaper I hope they see my dolls and like them.. It was my mother first time doing this, we didn't have models.. I drew it the body and she made the clothes. I hope next time I can improve a little and make a more complex dress.

Since I give them the dolls and drawings... I had to put them inside the bag. They just autographed the poster and the security was screaming "go ahead, go ahead"

Let's wait for the documentary, I am super curious.
Last edited by a moderator: Mar 6, 2016

Oh dear. Not sure this sh/would be approved as an official photo.

They wear shorts under their dresses I believe, a lot of artists do when performing in short skirts for that exact reason.

9 Minute clip in Spanish on the concert (includes interview): https://www.youtube.com/watch?v=T_oTzaECrwI

Meh was mostly interview and not sure if that audio was from the concert or previous recording (eg tge live album of January)
You must log in or register to reply here.
Top