I'm struggling so hard to support solo Wakana. I love her but these songs are really doing her dirty.

Just based on the samples.
Magic Moment is pretty boring desu. Sounds like a piano ballad made grander just becausy. Also, there's seems to be a big disconnect between the refrain melody and the instrumental.
Where sounds like every other song made by every other millenial band.
Yureru Haru I liked the verses, but the refrain loses the happy-go-lucky feeling and turns into Tsubasa.
Voice is, unsurprisingly, meh in all songs.
N 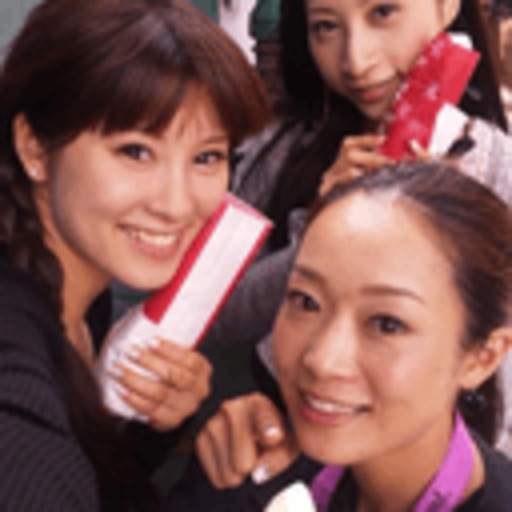 Just listened to the full version of "magic moment".... I actually kinda dig THIS one! I love the second set of verses. The instrumentation is beautiful.

From all the samples, I basically like all tracks, and it's definitely better than her first album.

She is exploring her possibility in different kind of music, and different way to sing as oppose to Kalafina era. Can't wait for her live ~~

Album is on Spotify now. Japan only for now, it seems.

MediaFire is a simple to use free service that lets you put all your photos, documents, music, and video in a single place so you can access them anywhere and share them everywhere.
www.mediafire.com

Breathing: Would be better as just instrumental and choir. Her head voice still sounds nasty. After another listen, the song just seems like it's going from one idea to the next without any coherence. It's a pretty bad intro cause it just doesn't fit with the rest of the album.
Yureru haru: I liked the verses, but the refrain loses the happy-go-lucky feeling that I quite liked and turns into Tsubasa. Total mood breaker. Plus the high note pierces my ears at times. Other than that, decent.
Where: Millenial poop. It feels like nothing changed at all during the song. The refrain barely feels like one. Very unexiting for a supposedly upbeat song.
442: Oof, this track is delicious. I even like her singing. Sounds like a mix of Asian style mixed with rock and, idk, country? hue western.
Hirarihirari: Feels like Jpop R&B. I dig it. Reminds me a lil bit of Utada Hikaru.
Aki no sakura: Her voice isn't as overly bright as the original, but the song is even more boring now. Also, no accordeon solo reeeee.
Myself: Super boring ballad, with extra zzzzzz.
Track 08 (Don't know the title, hue): Uplifting, but don't really care for it.
Orange: Meh.
Happy Hello Day: Such a Jpop title, hue. Sounds like an anime OP. Don't care for the melodies, but I really like the strings and piano. The clapping is so cheesy. Save it for the live, gurl.
Magic moment: pretty boring desu. Sounds like a piano ballad made grander just becausy. Also, there's seems to be a big disconnect between the refrain melody and the instrumental. Her vibrato sounds even more goat than usual at times.
Last edited: Feb 26, 2020

MediaFire is a simple to use free service that lets you put all your photos, documents, music, and video in a single place so you can access them anywhere and share them everywhere.
www.mediafire.com
Click to expand...

Wow, "breathing" took me by surprise. I absolutely love the instruments and the choir background!!!!!! Although her head voice at first was like "what was THAT"... I kinda got used to it and it sorta added to the charm of the song!

For me, "442" & "hirari hirari" are this album's successor to "Hard Rain" and "Ruriiro no sora" from her first album, but better. 442 would fit right in a samurai/western flick. Westworld anyone?

breathing. err. Is she trying to channel Kokia? I'd like it so much more if she sang it ...better? lol
Other songs I quite like are where, Happy Hello Day, and magic moment.
Last edited: Feb 26, 2020

Her head voice always sounds so tense (well, whenever she even uses it). Like she's struggling to produce it.
Last edited: Feb 26, 2020

If only she sang "breathing" with the head voice she used to have, e.g. "where the lights are" and "snow is falling" ... oh well.
W

ok i just came here to see if there is any improvement but oh my gosh I really feel sorry for Wakana. The voice is struggling big time, super strained constantly. so sad :((
A

Breathing: interesting instrumentals but god that opening vocal line isn't even in a complimenting key who wrote this?? ... and WELP there are some painful sounds coming out of her

Yureru Haru: I like the progression of this song. The chorus sounds like something you could put into an A Certain Scientific Railgun opening lol.

where: It's so refreshing to hear her not blindly belting every single note. Maybe she needs to sing more in this register more often. Only not a fan of the AHH -AHH - AHHHHHs. Otherwise, a nice track.

442: Surprisingly pleasant. Really pop but with a slight FJ flavour in there. And her voice is really nice here!

Hirari Hirari: get this shoujo manga shit away from my face. Sorry. It's not a horrible song at all - she actually sounds really nice. The composition is just really not my taste hahaha. And it's so long for so little points of interest - so it's the first track I skipped.

Aki no Sakura (Acoustic): Either the guitar or Wakana is flat right at the opening vocal line. but the rest of track is actually love. I feel like she needs to sing at this tempo, this volume and this register for a while to build back up her voice. Do a whole acoustic album full of chill tracks.

myself: there are some weird ass chords coming from a really e-keyboardy sounding piano...

Kimi Dake no Stage: It's so cheesy I feel like I'm listening to a Japanese sports drinks ad with a romantic plot. But I don't hate it.

Orange: This is song is one of those songs that are just... there.

Happy Hello Day: Where did this random joysound karaoke selection come up from? - that's what this track sounds like. The karaoke track that no one knows who picked. It's not a bad track, it just sounds like every single other song in existence.

Magic Moment: The instrumental track is magnificent. The main melody has some questionable composition choices - like why are all the long notes are such unpleasant points of the melody? And why, in a grand track like this, is the main vocal doing some whacky uneven rhythm?

Overall - Glad I had a listen. I had a pleasant moment not a magical one. None of the tracks made me feel like I want to listen to them again. The people composing for Wakana really need to take a good listen to her voice and compose FOR her, and Wakana really needs to figure out what her music is going to be.
Last edited: Feb 27, 2020

1. Breathing: I'm so happy because I Ioved Eve! I'm prefer her live version, but the studio's version choir is really nice.
2. Yureru Haru: I like the rhythm of the song, specially the chorus. I'll wait for a live version!!!
3. where: I love her voice in this song

I like the contrast between the verse and chorus.
4. 442: I love this song!!! Her voice is amazing

5. Hirari Hirari: Is nice, but I think is too long.
6. Aki no sakura (Acoustic version): I prefer her EP version, this is too slow.
7. Myself: I really like this song, I think Wakana loves this type of ballads.
8. Kimi dake no Stage: I'm happy because she added this song in her new album. This song makes me feel hope or something similar.
9. Orange: Is nice, but normal...
10. Happy Hello Day: A beautiful happy song, I'll wait for a live version!
11.Magic Moment: I love the strings here!!! Wakana's voice is beautiful too

My favourites are 442, Breathing, where and Magic Moment

1. Breathing: Yeah, I liked the live ver as well. It is a nice melody, but it would be nice to fall asleep to.
2. Yureru Haru: I enjoy this song. It's uplifiting, I like how she sings canvas.
3. where: I think she sounds like her old voice in this song. Maybe it's just me, since people don't seem to like it much. She's at a deeper register, even in the chorus, which is refreshing.
4. 442: My favorite new one! Yes I agree about the Western film! I said it sounds like a mashup of that and a Yuki song, especially the strings. lol I look forward to hearing a live version.
5. Hirari Hirari: Nice and relaxing.
6. Aki no sakura (Acoustic version): Another relaxing song. I did like the live ver of this as well.
7. Myself: I like this as well. It's so moving. You can hear the breaks in her voice like she is crying.
8. Kimi dake no Stage: It's okay, the live ver was good.
9. Orange: Kind of boring.
10. Happy Hello Day: It's okay, a happy song.
11.Magic Moment: It's okay. I like the beginning. It sounds like an Escaflowne song kind of.

Overall 8/10. She sounds so much better on this one. More comfortable being by herself. Which is still kind of weird. The live audio was really good. She has gotten much better live. She sang a lot of the new songs even though this wasn't out until this year, was there an EP? I guess I missed it. Even so. I think she is better on this album. It seems to be doing well also, from what I see on her twitter and advertisements of it.

requesting kimi dake no suteji romaji lyrics :) thanks
You must log in or register to reply here.
Top