I think I like the leitmotif (at least that's what it seems to me) but very much dislike the choir. but there is too much talking I can't really understand it.
I thought there was one track just on repeat? I didn't stream it thoroughly.

I’m looking forward to the soundtrack release just to see how Kajiura and Go Shiina went about this collaboration.

I hope they worked on some arrangements together, but I get the feeling they just split the work load. Just have to wait and see.

Bgm screams its not Kajiura so it should be Go Shiina, or maybe she handled the latter chorus part, OP is Meh.

@sora: Seems like a split to me too.
N 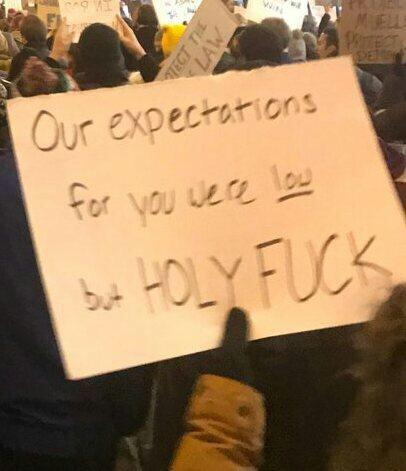 Any news after the movie screening ? (like impressions etc)
S

Praise was given to the animation, the music, and the overall atmosphere.
Negatives focused on the large amount of exposition and the weird switching of scenes which is understandable given that the movie is actually five tv episode cut together.

Was it actually a special movie edit? Rather than 5 episodes running one after another.
S

grunty said:
Was it actually a special movie edit? Rather than 5 episodes running one after another.
Click to expand...

It's being called a special compilation movie, so I guess it's an edit. They also showed the op during the screening. No ed though.

Hmm, not sure I can comment on the music yet. Thanks for sharing the clips. The animation is kind of weird imo. Like the characters have black outlines (forget what this is called), maybe they were going for an older style? The main character's voice is kind of annoying too. Hmm, might have to wait for the soundtrack. *sigh* Maybe I'll get used to it but we'll see. So will it be online soon or don't we know?

^ Its the usual shounen anime kind of MC guy aka Natsu Loofy Asta etc, no surprise there.

I saw the movie in Shinjuku Wald 9 today. I actually really liked the story, I wouldn't simply classifiate it as a shounen. It has a great character development, and the main character has so much to endure.
I my ears work well, the soundtrack from this compilation is 70 % Go Shiina & 30 % Yuki Kajiura. I based my feeling on melodies, strings and low instrumentation (Yuki Kajiura) vs drums, brass and heavy orchestration (Go Shiina).

Go Shiina's music was insane: massive drums all along and a lot of different instruments. But not so much choirs. May be his best soundtrack to date.
Yuki Kajiura' music was mainly heard during the first episode (~30 min), and at first I was very impressed by her tracks, because they were on the background and really fitted the atmosphere (that historical japan stuff you know). In my mind, it didn't echoed with any other project from her. But following this, "she" seems to have disappeared from the movie.

Talking about the credits, please take my informations with prudence because I missed a part.
They gave all informations of each one's part, as well as variety of instruments and players.
- Yuki Kajiura's variety of instruments is way smaller than Go Shiina's one
- Yuki Kajiura's number of players is waaay smaller ---
- Compose/Arrange was never made by both of them.

---------BUT MAYBE I HAVE MISSED A THIRD PART THAT COULD HAVE BEEN: YUKI KAJIURA'S AND GO SHIINA'S MUTUAL PART--------------------
- If yes, that would explain why I read Chiaki Ishikawa's name and oboe flute only under Go Shiina's "part" (and maybe the choirs)
- If not, then Go Shiina's is the only one to handle Chiaki Ishikawa (seems impossible right ? But the fact is that there's a lot of vocals during Go Shiina's part...).

So yeah, this is the worst post ever, forgive me. I failed to my duty as a Kajiura's groupie. Someone definitely NEEDS TO CONFIRM THIS. Therefore we could decide whether it will be a great soundtrack or not.

PS:
- The first trailer music with choirs (expected by Yuki Kajiura) began to play but was stopped before the choirs. It was never played anymore.
- I also went to see HF2 a second time in MX4D in Toho Cinemas Shinjuku. I'm pretty sure that you will all agree that KnY's music from her is way better than it.

^ Τhank you so much for all the info!! Its sad that they barely worked together ^^; That makes it less of a collaboration. If what YK said is true, we ll mainly hear her musics on plot-important moments, so thats why her musics are less. As for the fewer instruments used, that s a sad and long-lasting issue in pretty much everything that came after El cazador de la Bruja.
S

Thanks for the report! I’m disappointed to hear that Kajiura did so little for this soundtrack, but I figured that would be the case after she posted that tweet. Sounds like Go Shiina really brought his A game this time though; I haven’t really liked any of his work since Kyousogiga so this was nice to hear.

Seems like an UBW all over again but with more YK tracks.

They gave all informations of each one's part, as well as variety of instruments and players.
Click to expand...

Didn't Kajiura tweeted that she wrote a song for Chiaki?
In fact, some impressions I read said that the Kajiura x Chiaki song was used as the ED for the movie special.
You must log in or register to reply here.
Top