With this hairstyle she's looking so... male

I don't mind Hikaru having such a short hairstyle. I mean guys can have long hair too, right? Still, though, I much prefer Hikaru with long hair. It doesn't have to be as long as say ttb, but long enough to at least be able to style it more (this was the biggest reason in the discussion about Wakana's change from short to long hair too iirc). I liked when her hair was styled more. Recently, it has been pretty much the same, aside from waves and I think a braid in fotw? Though, one could argue despite Keiko's longer hair, she tends to have it kept down and straight most of the time.

Hikaru's hair in the postcard to the left of the clear file reminds me of a non-curly version of this: 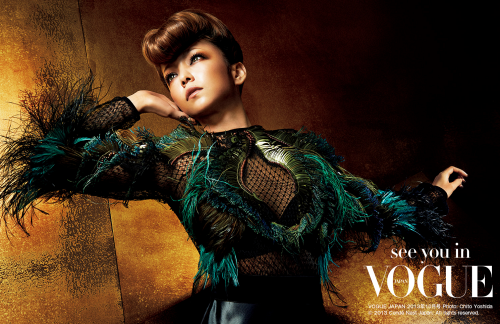 I don't really mind when girls have such short hair, some girls can pull it off, I know some girls who have hair that short and DO pull it off.

Hikaru on the other hand is not one of them. It looks like shit on her. Sorry, but it's true.

I know what you mean. Tbh, I once got my hair cut pretty short and hated it so much I grew my hair out really long for awhile.

I didn't mind her shoulder length or even chin length hair, but this looks kinda strange to me. I dunno, I don't wanna sound too negative... Maybe it isn't a haircut. We might just be jumping the gun. The picture I posted wasn't one.
S

Whilst I prefer her with long hair, she still looks fine with shoulder/chin length hair. It surprised me for a moment when she first cut it down but it still looked good. I'm just hoping this isn't an actual haircut, I mean they posted a blogpost from the recent live what, four days ago? Could they have really done the photo-shoot for these goods in the last three days or so? I don't think they would've done and she had the same hair she's had throughout the FotW tour in that recent blog pic, so I'm just going to wait for the next blog update or show attendance or whatever. The photos from the 2016 calendar have her with hair kinda like this too and those were taken before now, so I guess it's definitely possible.

Even so, why have it styled like that for this photoshoot? Those dresses look like they could be the nicest ones since the Blue/Red day lives as well, and yet I'll always be distracted by how bad Hikaru's hair looks. It's like Wakana in the 2012 Christmas Live photoshoot where she had a hairband or something on and due to the placement it looked like she had no hair at all, that's always distracted me as well despite the other two looking great and the dresses being lovely.

I do particularly like her hair in the cover of the 2016 calendar as well as some of the more recent postcards/posters. It was a surprise at first, I agree, but it's nice. I had forgotten they've hat recent FOTW tour pics of them. It really does seem unlikely that in like 3-4 days time it was cut and they had a photoshoot, but we'll wait and see.

If it's just a style, I'm glad they're doing different styles, but I just don't like this particular one. Though, I still dislike Wakana's FOTW tour hairstyle more...
S

I meant the November/December photos specifically, where she has hair that looks nearly as short as the ones in these Xmas postcards. I saw a whole bunch of people that seemed to really like it when those got shown but frankly I think it looks bad, albeit better than these newer pics. The rest of the photos in the calendar are fine, all three of them look rather great. Hikaru looks really nice in the FotW poster set/postcards and the Kalafina Museum postcards as well.

And yeah, I don't particularly care for Wakana's FotW hairstyle either, although I think it suits her more than this super-short hair suits Hikaru. She's got a better look, albeit similar, in the FotW poster set/postcards and I think her hair looks quite nice there even if it is condensed into a small space. I do wonder how they managed to get so much hair into such a small space though, if you look at the photos in the calendar she has tons of hair. On that topic, Wakana on the front of the new calendar looks stunningly gorgeous, I don't even know how to describe it.

I agree that Hikaru looks absolutely fine with the hair length in Seasonreaper's signature, or even when it was chin-length in believe's PV. I don't mind in the least if girls have short hair or guys with long (tbh I want to grow my hair out), but I just say that they should be able to pull it off. Hikaru just looks so awkward and weird with this haircut, and it doesn't fit her at all. I see her as a quiet, shy person, and this cut makes it seem like she's extremely rebellious (which she doesn't seem to be).

Was this the calendar you were talking about, @Seasonreaper? 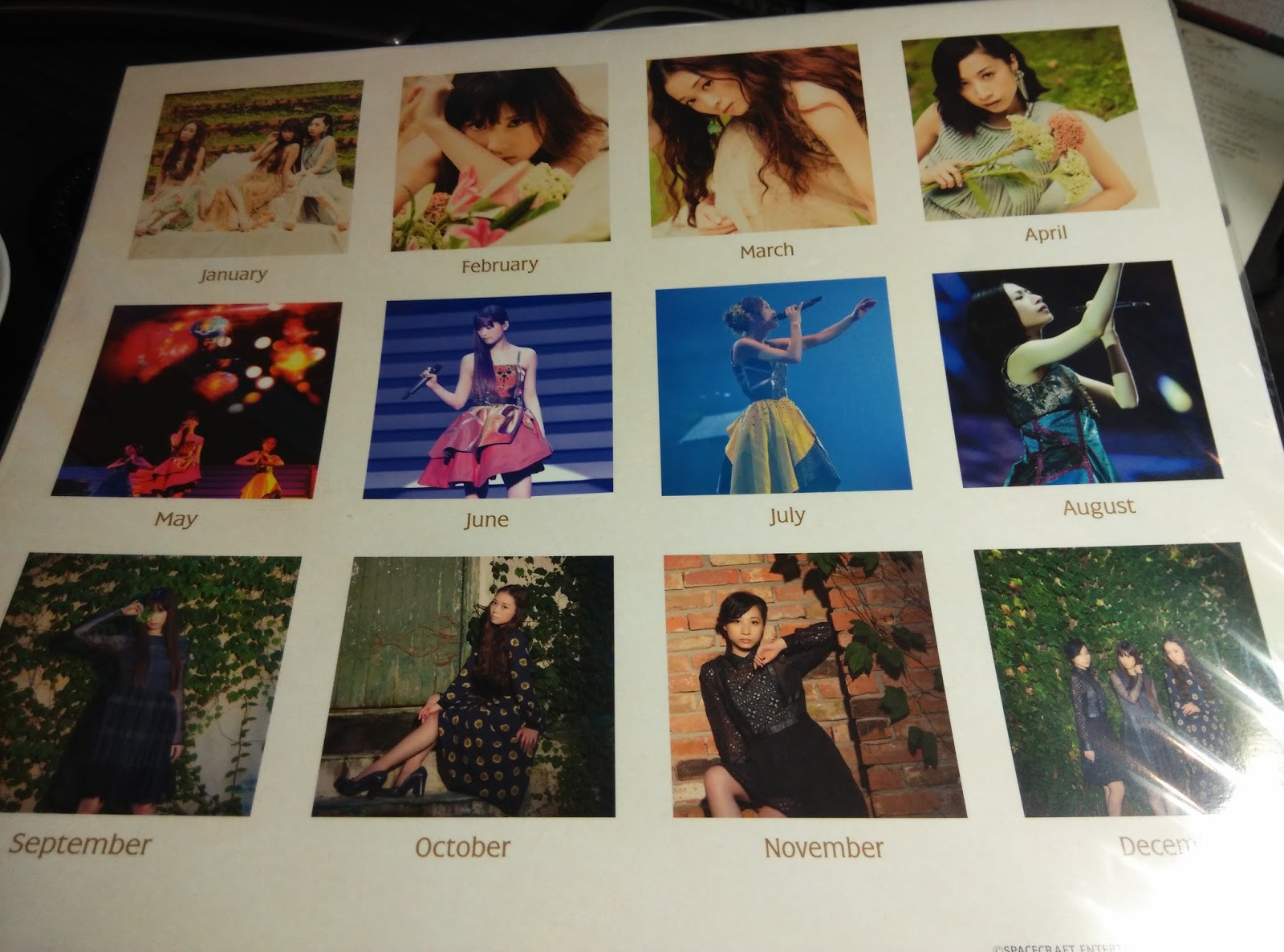 They need to retake the November and December pics

She looks fine in January, August and April, especially April. I like her hair with waves

Yes, those pics. April is gorgeous indeed, might actually be one of the nicest pics of her, period. That kind of hair length is something she can rock rather nicely, I think it's a good look for her and considering the other two have long hair now, it adds a nice dynamic to the trio.

I'm not sure what to make of the last set really. Wakana looks lovely. Keiko's skirt is too wide I think, it looks like there's too much of it to fit into the space it takes up, if that makes sense. Hikaru though, ugh. That hair is not good and I don't like her top either. If she had trousers kinda like the FotW ones it might work with that top but it doesn't combine well with a skirt and doesn't look appealing as a piece in itself.
M

Hikaru's hair? Yuck. The dresses are nice though, better than those long white dresses they've had a few of for the past few years.
S

2013 dresses are probably still better though. Those are easily top 5 material.

@Seasonreaper: I did know what you meant, I was just using the front cover of the calendar as an example of where I do like Hikaru's hairstyle (and I can't believe I didn't mention April because

). The xmas postcards might be a continuing trend of styles that make her hair seem shorter than it actually is. Though, if it turns out she did decide to cut it, then I won't say anything more about it.

What bugs me about Wakana's FOTW tour hairstyle is how it looks in the front. I can't describe it, it just seems kinda strange to me.... But, on a more positive note, I do really like the color of those dresses in the postcards. I'll need larger photos to see if I like the style or not, but they look to be really good from what I can tell.
M

Pics from the 2015 Christmas Premium Live Pamphlet from vk 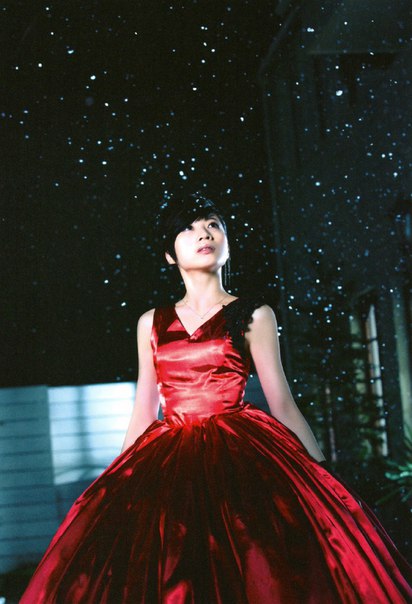 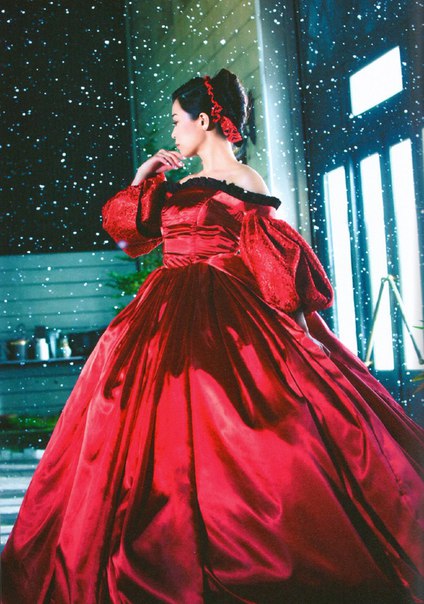 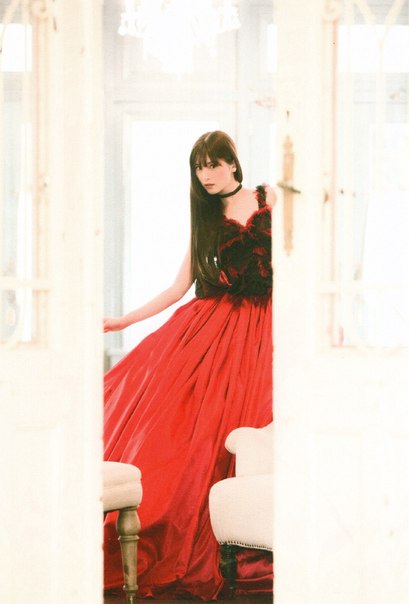 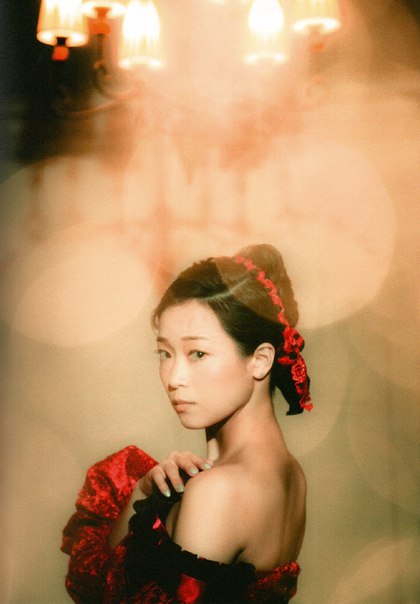 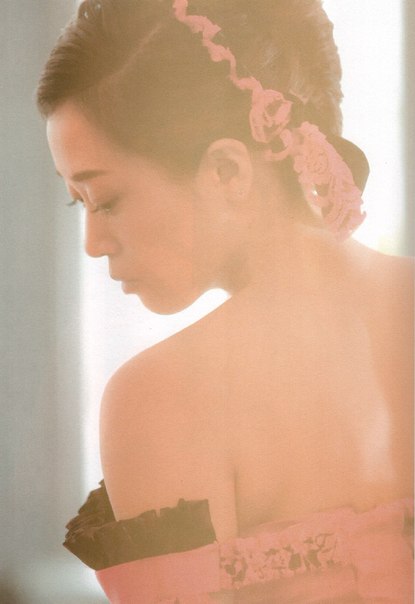 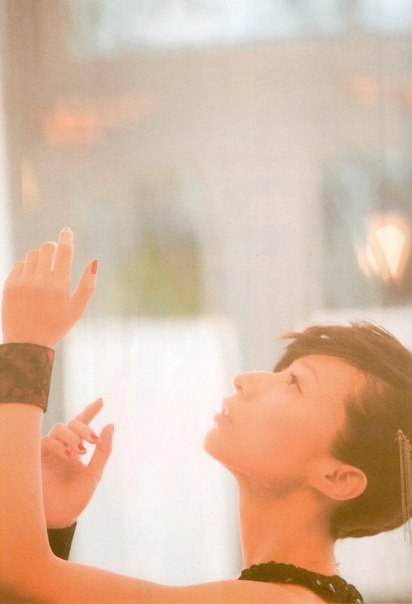 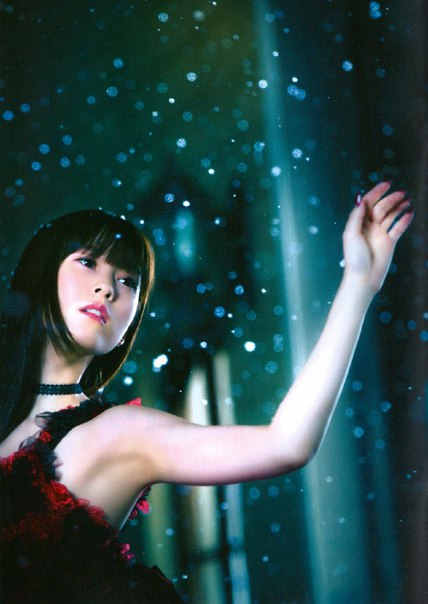 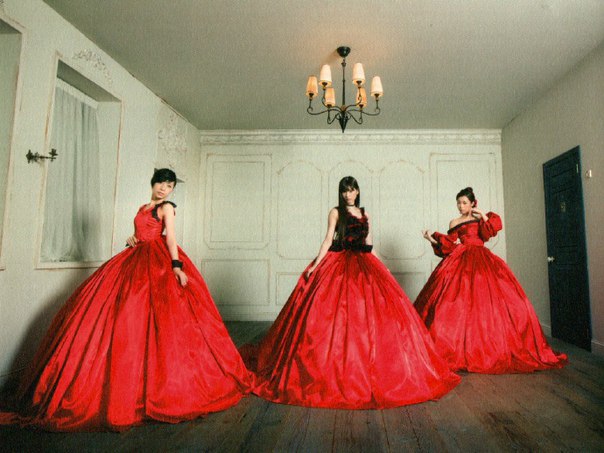 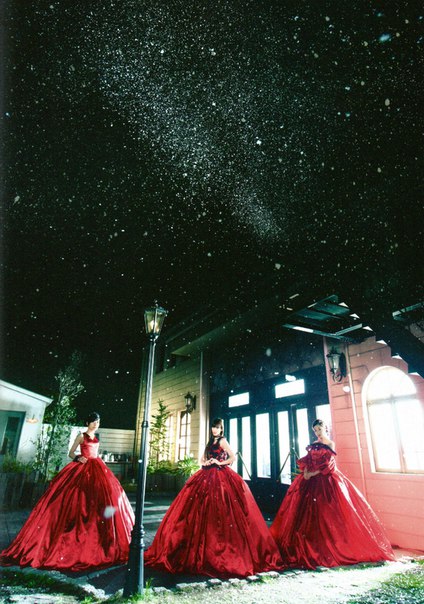 I still don't like it. Admittedly it's nicer than I could tell from the promo pics, but it's still not doing anything positive for me at all. That shot of the side of her head makes it look even worse too, ugh. Just not attractive at all, in my opinion.

I still don't like those stupid filters on the close up pics either, it's something that's been used in a bunch of promo pics (especially recently, actually, the FotW shoots are notorious for it) and it rarely ever looks good, just detracts from what could've been lovely photography. Wakana's close-up shots are a terrible example of this, which is a shame since she looks gorgeous there.

Those dresses are lovely, I really like them. I'm not so sure about Wakana's hair ...thing though. I get that something was needed for that hairstyle but that isn't really the best object for the job. That hairstyle looks great on her, though.

I want this pamphlet though, even if it will constantly irritate me whenever I look through it due to Hikaru's hair.

^Same here about Hikaru's hair. Though it does look better than the initial shot of it, it still doesn't look good at all. Other than that, the pictures look fine.

Hikaru, why are you doing this? It's ugly.... Definitely not

I BRING TO YOU ALL A KALAFINA MEME 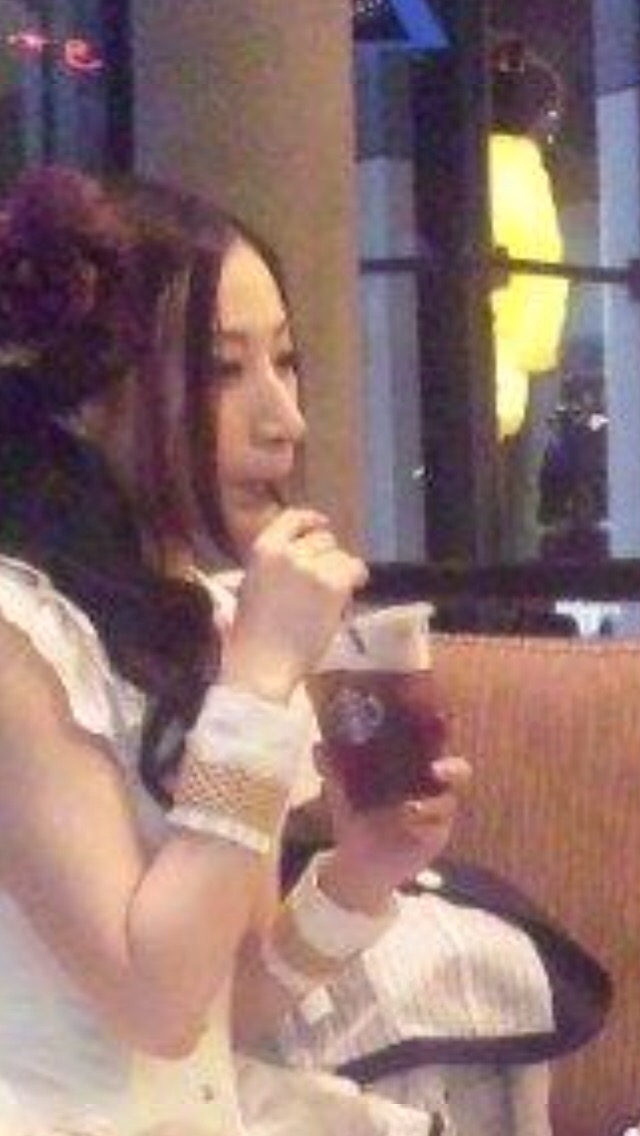 For those of you wondering what the original meme was 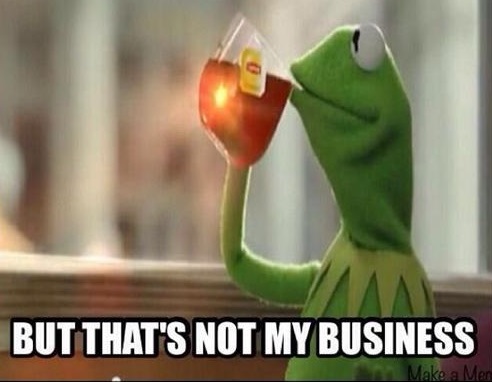 Scans from the Kalafina 2014 live album from Tumblr: 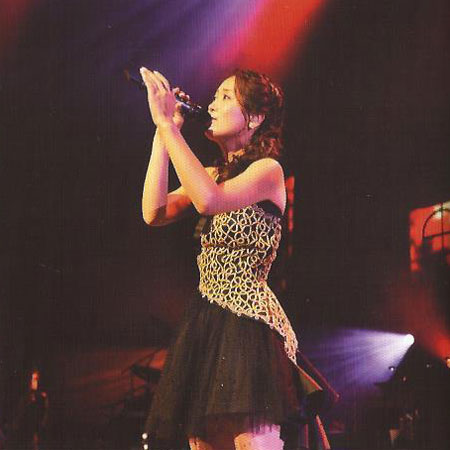 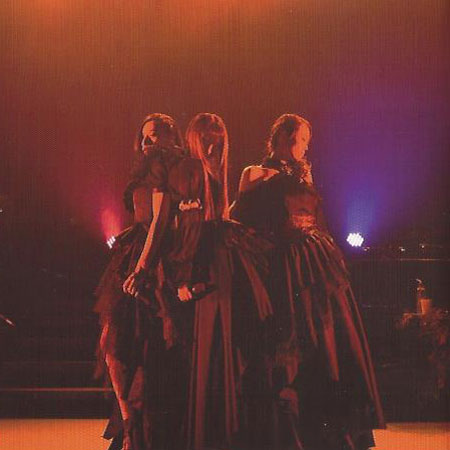 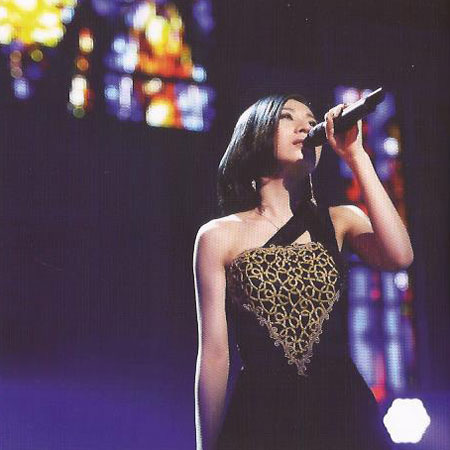 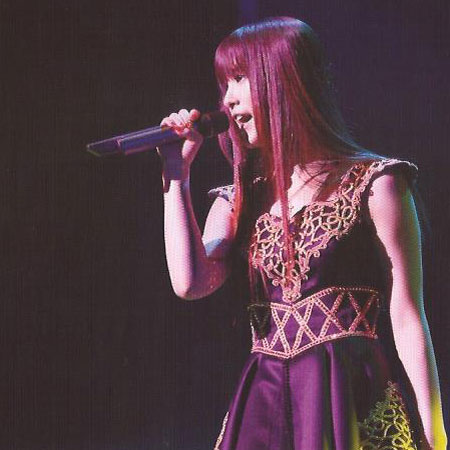 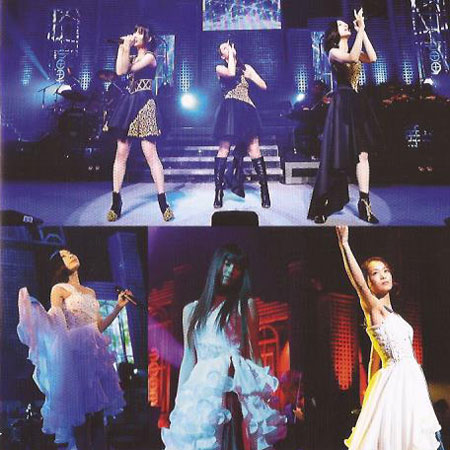 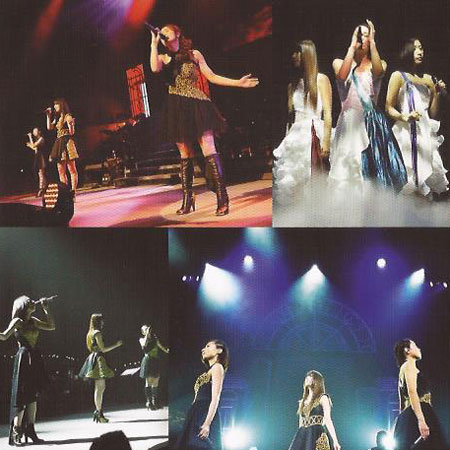 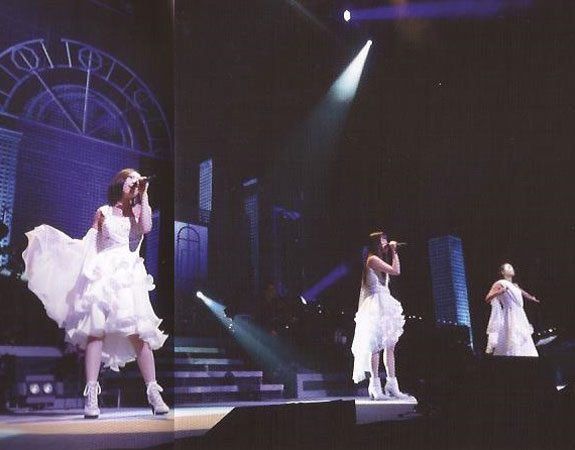 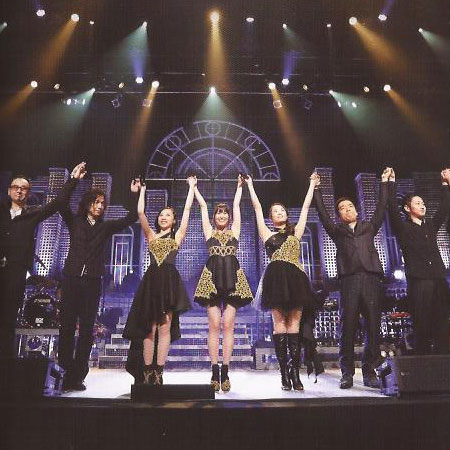 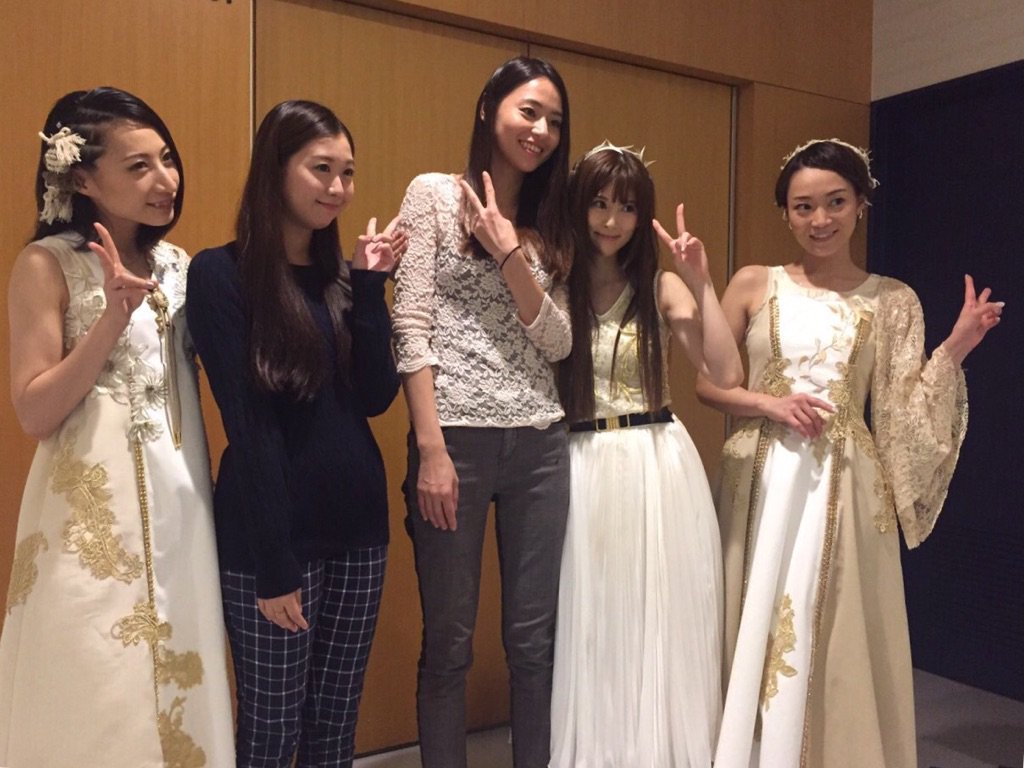 Ahah, yes I did notice that. This is why hand signals are risky.