I saw this and thought of posting here since the trailer used Y.Kajiura music.

As previously reported, the story of Magia Record will take place in the fictional city of Kamihama, a separate city from Mitakihara, the city the original Madoka Magica took place in. Normally, magical girls in the Madoka Magica world are very territorial and rarely work together—if you don’t know why, go watch the series—however, a strange power in Kamihama is drawing magical girls to the city, allowing them to remain in their magical girl forms and giving them strange new powers. As such, where the original anime only had a handful of magical girls, Magia Record will have much, much more. Currently, over thirty characters are scheduled to be in the game with more on the way. Here are some of the new magical girls that will make an appearance in Magia Record, as well as some old familiar faces.
Click to expand...

There's no new material though. It should be moved to Otakuland.

Will leave it here till they update with composer. Kajiura has scored for all the anime so far, and unlike SAO, the music in this one is tightly connected with the story and the characters, so i think that there is possibility they will keep her.

george1234 said:
Will leave it here till they update with composer. Kajiura has scored for all the anime so far, and unlike SAO, the music in this one is tightly connected with the story and the characters, so i think that there is possibility they will keep her.
Click to expand...

Hmmm? Did you forget about Madoka portable? That didnt have Kajiura.

If Kajiura had written the music I'm pretty sure it would've already been announced. It's also coming out in July, hue.

@Kowz: Did you forget about that game in which Hoshi no Utai was used where was announced in the last day that Kalafina would sing the OP ?

I confuse the 2 because the service is called twitter

It's out 2 days ago i believe so I sacrificed my data plan downloading this and Pripri game of mission. I don't think the Pripri game has Kajiura music but this has Kajiura but they reused tracks from the series and movies. I just started so I don't hear any new OST so far~ I'll try to update my findings :)

Thanks for the investigation :)

You can view some gameplay on the youtube george :) I did that when my download speed went slow so I just search the game and some people uploaded them already XD

An anime adaptation has been announced but I’ve seen no mention of who’s doing the soundtrack.
https://www.animenewsnetwork.com/ne...gia-record-rpg-app-gets-2019-tv-anime/.136219

Well they use some Kajiura bgm but that is no proof, they did that for Fate UBW too and it turned out Hideyuki Fukasawa. I really hope Kajiura accepts though as the main series doesnt seem to progress at all for long more time. However there is also the possibility that they will just reuse BGMs from the game.

Sorry for reviving this thread and no KAJIURA news but...

doesnt sound like Kajiura but it could be from the game, follows the same style though.

Oh it has some kajiura after the trailer ends... 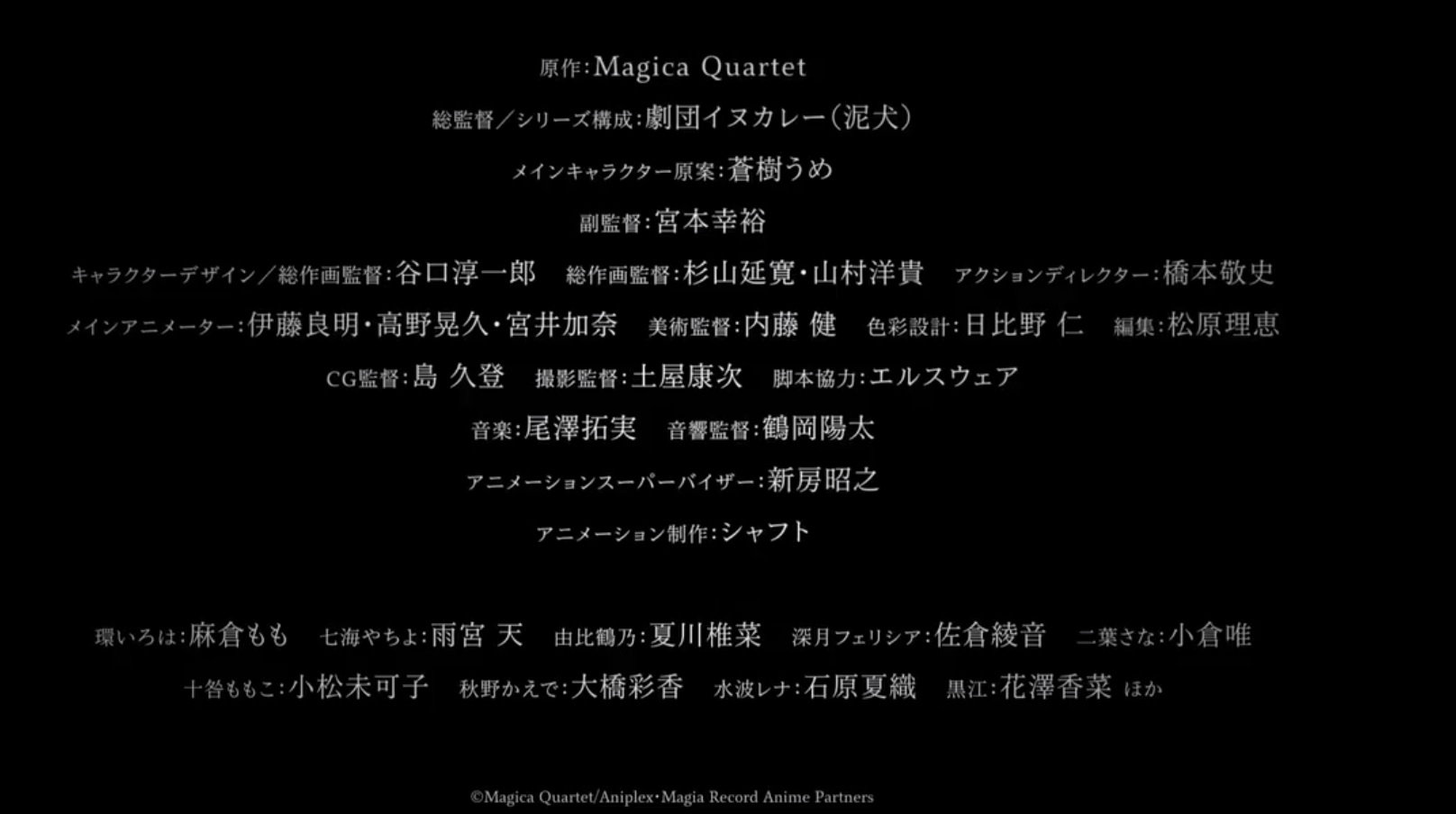 music credit is on here. Idk who is that.

Not surprised no Kajiura
grunty might want this Anime tho