grunty said:
I get what you're saying and that this is a different medium from the VN (which I have not read), but weren't the extra routes unlocked after finishing the previous one?

I'm still watching the movie and really the only thing that you absolutely should watch (or refresh your memory of) is the first episode of ufotable's UBW (episode 0 would be nice too). For anyone that still hasn't started with the movie: they only fill in the gaps on that first episode before literally SKIPPING to episode 2 of UBW and diverging from UBW route. You don't even get the summoning.

But I'm only in the middle of the movie.

Edit:
Finished the movie. I thought it was a surefine episode of ufotable's Fate. The only thing I hated was the CGI fest in the city fight and random 2second overanimated dramatic shots (and I already complained about both when the trailers came out).

Episode 0&1 of UBW are absolutely recommended before this movie but other than that I think you're good to go. Some things will not make a big impact if you've not seen all of UBW but I don't think it's necessary as far as this first movie is concerned... Obviously Heaven's Feel will spoil plot points of UBW so if you're thinking about watching UBW at any point, you might as well do it before Heaven's Feel...

PS:
I'd also add that I would like Kajiura to explore "with or against" (and its type of BGM) in the future movies. Really made me think of Prince of Persia Sands of Time trilogy. Mufufu.
Click to expand...

It's too bad that I can't find the fully-translated book from the original "Fate/stay night" game anymore. I neither watch the UBW anime series nor the movie one, but I'd read every route from that book many years ago.

About your CGI fest, I agree with that. Especially when Lancer is fighting with Assassin on the truck then everything goes BOOM! Their 2D & 3D combination doesn't work well with that scene at all and some scenes too.
G

It's the fan book which the company in Thailand, AnimaG, translated the whole thing from the game. It's belonged to the "TYPE-MOON FAN BOOK" series. Actually, I just found my 2nd Fate book which is equal to the 4th TYPE-MOON fan book, but I couldn't the 3rd one for years, and fortunately, the 4th book starts with "Heaven's Feel" route so I'll go back to read it sometime. As you can see below, there are 3 books with an exception of the 3rd Fate book which I still have no idea where it is in my house after finding it again and again like a thousand times already. The other 2 are for Tsukihime, and they literally have everything inside them. They all are very informative. By the way, they're very old, and I kept them outside instead of inside a cabinet for a long time so they look a bit bad as you can see below. 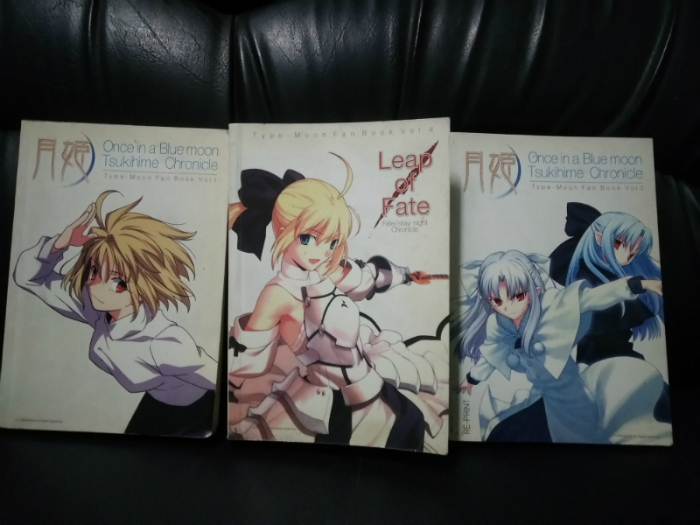 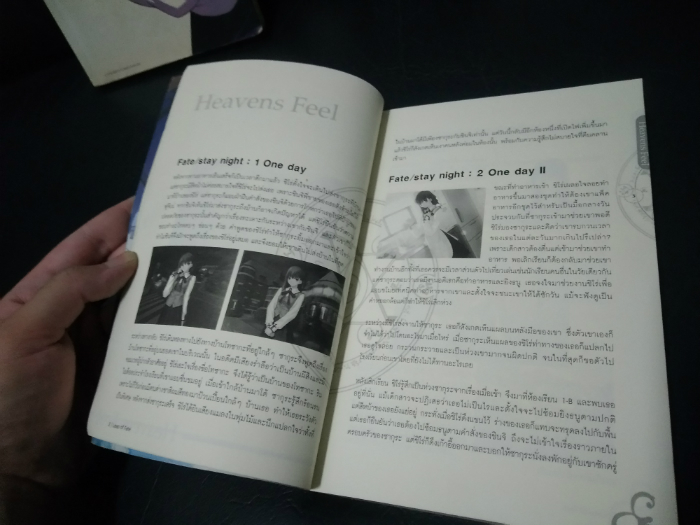 I was checking the extras and the bonus DVD has a short interview with Kajiura-san about composing for the movie.
W

ok I just listened to the soundtrack again.

I still can't like Yuri or Remi here. I tried :p but unfortunately I like the instruments, especially that strings+synth at the very beginning of "she did not answer". for old times sake, I will try to tolerate them. I guess I'm the odd one out. I'm glad they're liked though!

I really like the Tokyo Konsei in lancer and assassin.

hopefully Kajiura will keep to her promise about individual compositions.

btw youtube has many positive fan comments on the soundtrack haha

^ I think @grunty would do a better job since bringing to the front Kasahara's vocals on "she did not answer" will be necessary for the track to have unity. Anyway you should watch the movie, it ll make you appreciate the soundtrack more.
Last edited: May 13, 2018
W

I think you overrate me, lol. I don't think much can be done about it. I can take a look but not for a while. (I can't re-download it now.)
W

hehe anyway it's not like I'm dying for it, just thought it would be cool. no worries if it turns out bad haha
G

metinks there are also unreleased tracks... https://www.youtube.com/watch?v=2GiZQfBm2fM does anyone know?

Well i watched the movie after listening to the soundtrack.and i didnt spot any. And maybe they skipped few SFX in the ost but all the rest is already in there from the vid you posted, except maybe the yuriko voice in the very end ?

It was probably just done for the trailer, before the OST was completed.
G

Thanks grunty! I personally dont like the reverb in the OP track. Why does Kajiura make Kasahara have reverb on most tracks (minus moonflower and some others)

Listening to it together, and looking at duration it makes me think that it was originally whole track but ufotable wanted it split. You did a good job bringing her vocal in front of the strings.

btw its the "the flower will bloom" not the butterfly :)


george1234 said:
Listening to it together, and looking at duration it makes me think that it was originally whole track but ufotable wanted it split.
Click to expand...

Doubt it. We either assume this movie was scored or not.
Last edited by a moderator: May 15, 2018
W

@grunty wow great job! I think I was right! it does sound more whole now. I feel like there are many tracks like this by Kajiura where you can combine a few tracks and make a very wholesome piece. anyways thanks!

still I don't like Yuri's parts here but oh well, the instrumental and Tokyo Konsei are worth it.
G

Re: Kasahara track, @wat11 @george1234
I thought I may have messed up "the flower will bloom" in the last file so I went back and while trying to fix my fuckup I ended up re-doing it from blu-ray audio to make it slightly more raw (to my ears anyways)... The 2nd half is the same as before.

maybe you linked wrong file ? whats that ludovico app ?
You must log in or register to reply here.
Top