If it were me I'd probably make it louder. ;)
K

wat11 said:
the chaotic version of the ending with vocals removed:

picosong - upload a mp3 or song, get a link to it!

picosong.com
wow this must be what they played in the live, @Kagaribi no Hanabira ?
Click to expand...

The song is kinda different at live, in terms of arrangement and how each musician performs. I've pointed out before that front band members usually play differently at live. That's one thing. (For example, look at how Konno and Rie play for a song at FJ live, and compare to the violin&flute sounds in the studio recording of that song.) The arrangement also makes these two versions significantly different.

The first violin solo part (as in the latest teaser) didn't give out much different vibe. But during the Ep.0-ending-melody part in the recording, the sound of flute and other supporting instruments are less outstanding.

The most different part is the ending. The drum and percussion sounds more eminent at live. Sato's drum sounds so heavy and delayed, to the point that I keep thinking how awesome would it be if Nozaki was at drum instead (being the most unsatisfactory part of those live performances IMO), but it still gave energetic atmosphere to the song.

Other instruments stood out more at live as well, and the violin sounded higher and louder towards the end. (IIRC, the last note is different.) The live was more powerful, more exciting, and more epic, as if it's from an intense fighting scene, while the recording one ends in a calmer way, but I think that it may be more proper as an opening song.

- I don't think Gil would have a big role in this story, but he's the first character who got a close-up shot. I was like...what???

- Haven't known that Iskandar died in Babylon. To think that Rider also died at a Babylonian king hands, I wonder whether it's intended or only a coincidence.

- The after-war WaverKun reminded me of how Kiritsugu kid has been growing up after he'd taken by Natalie, as well as how he changed again after the holy grail war. I like him much more now ^+++^.

- Fell in love with the foxy little Lady Raines <3. (After I've fallen for cute GrayChan since Ep. 0..lol.) 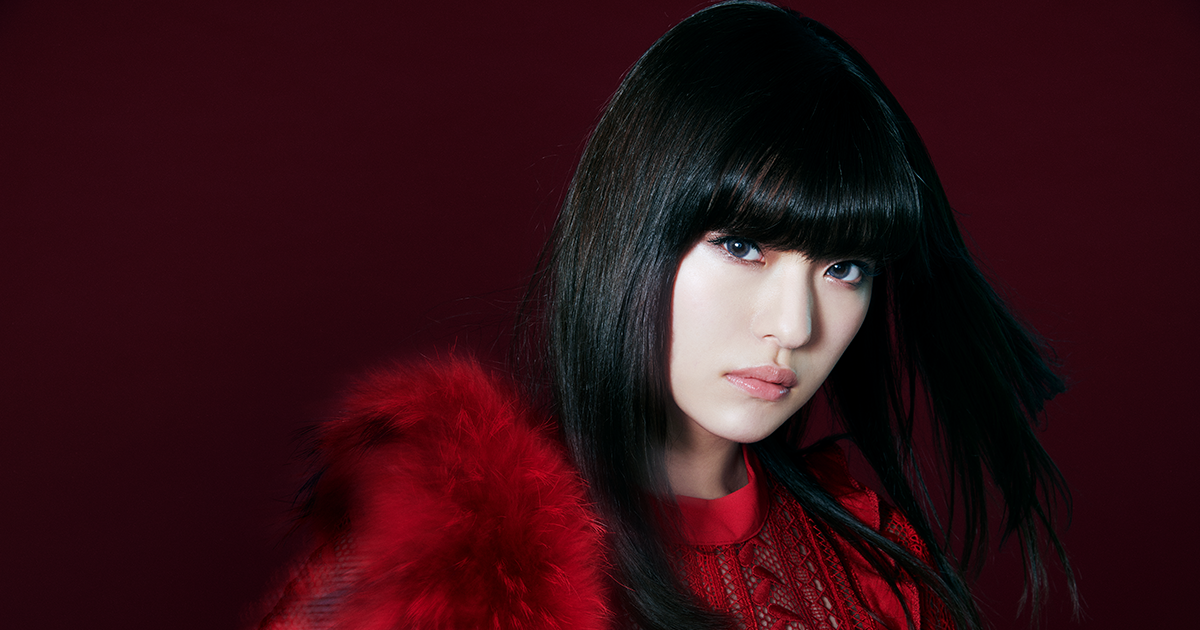 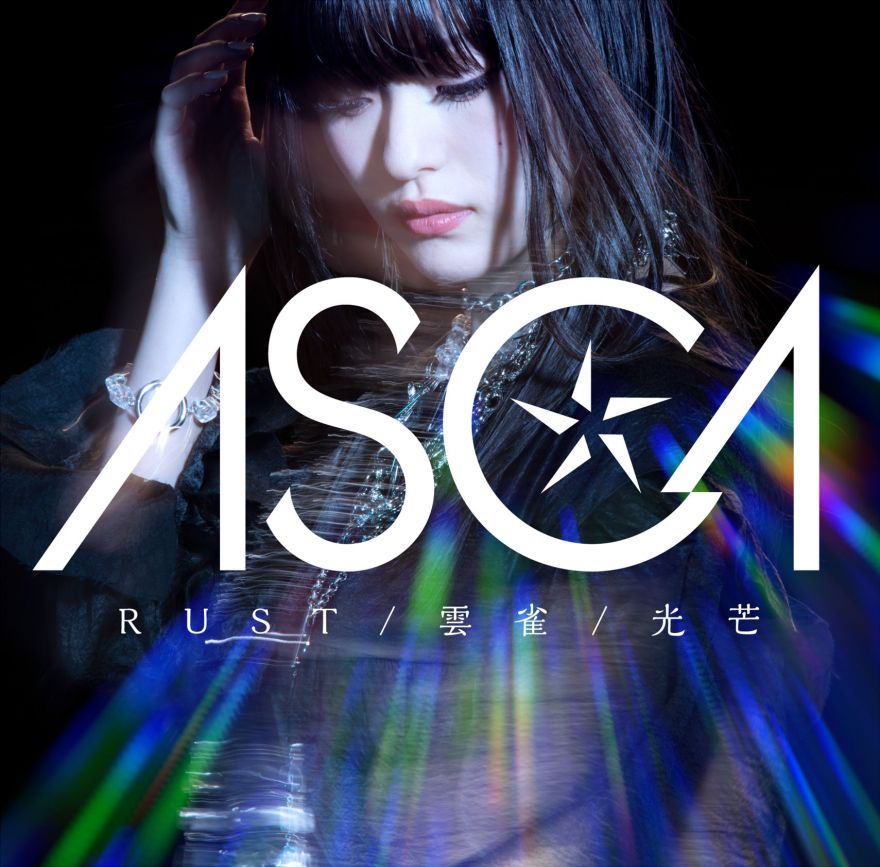 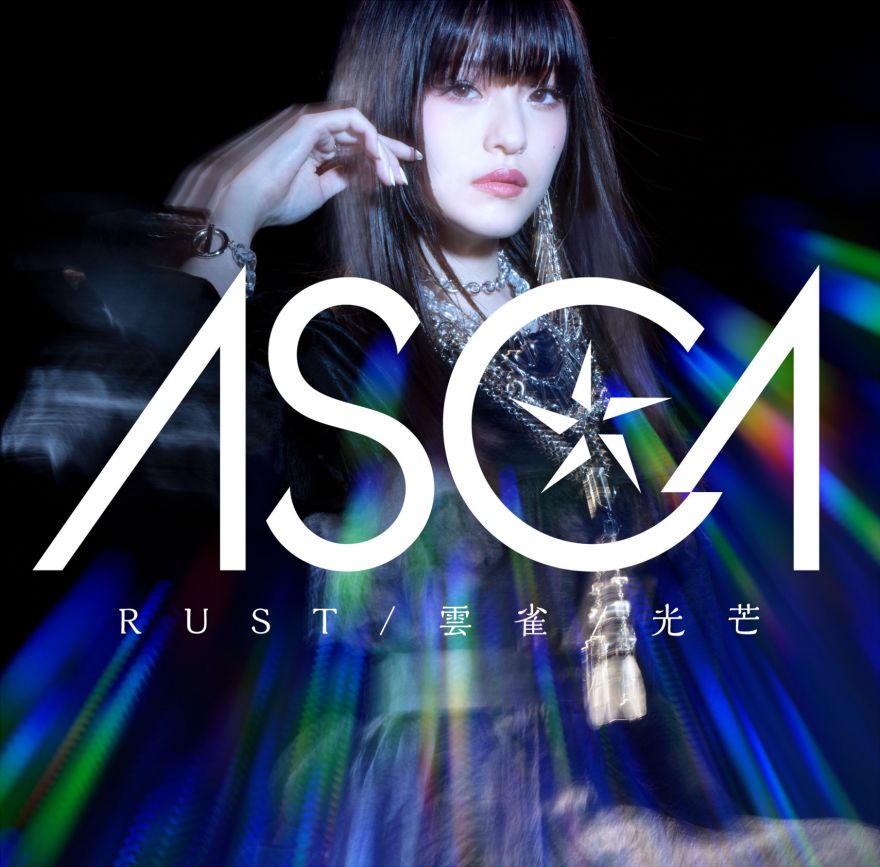 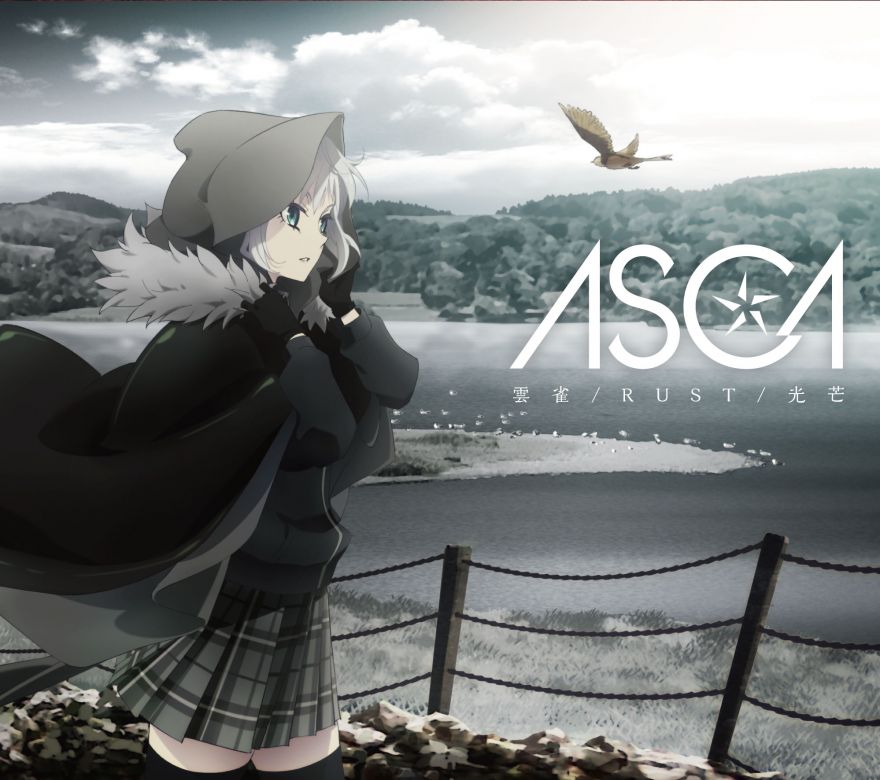 Seeing so many instrumentals on a Sony release feels weird.
N

And I like how the broadcast goes Kimetsu(guest composer) ->El Melloi -> Madoka rerun during sat/sun sched. Pripri is also having rerun afaik
G

Ya, hopefully they finally announce a date for the sequel movies at the end of this rerun.

Edit: They updated the coverart for the OST on the official site to have writings now. Ever so slightly cropped too.

Edit2: Short music video: https://www.youtube.com/watch?v=Dl7OdUUX4kc I like the verses and chorus. I don't like the buildup to the refrain. (Was in the PV but thought maybe it would be better in the whole song.)
Last edited by a moderator: Jul 13, 2019 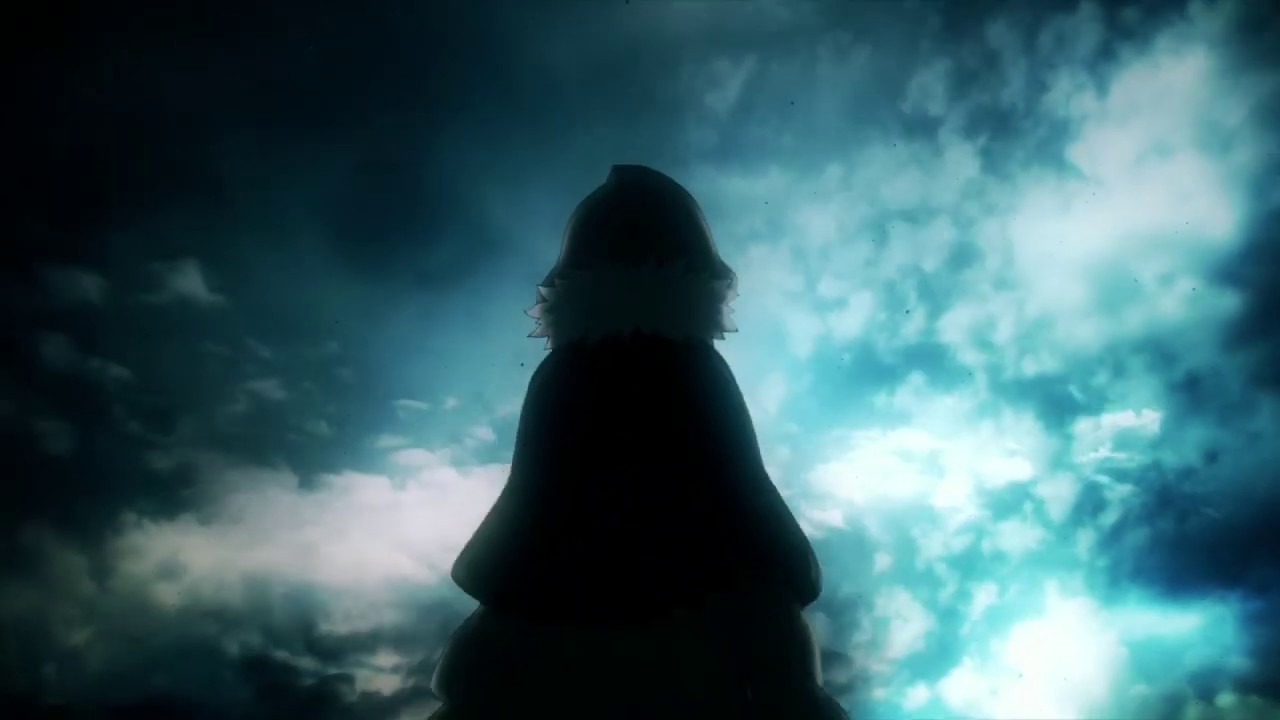 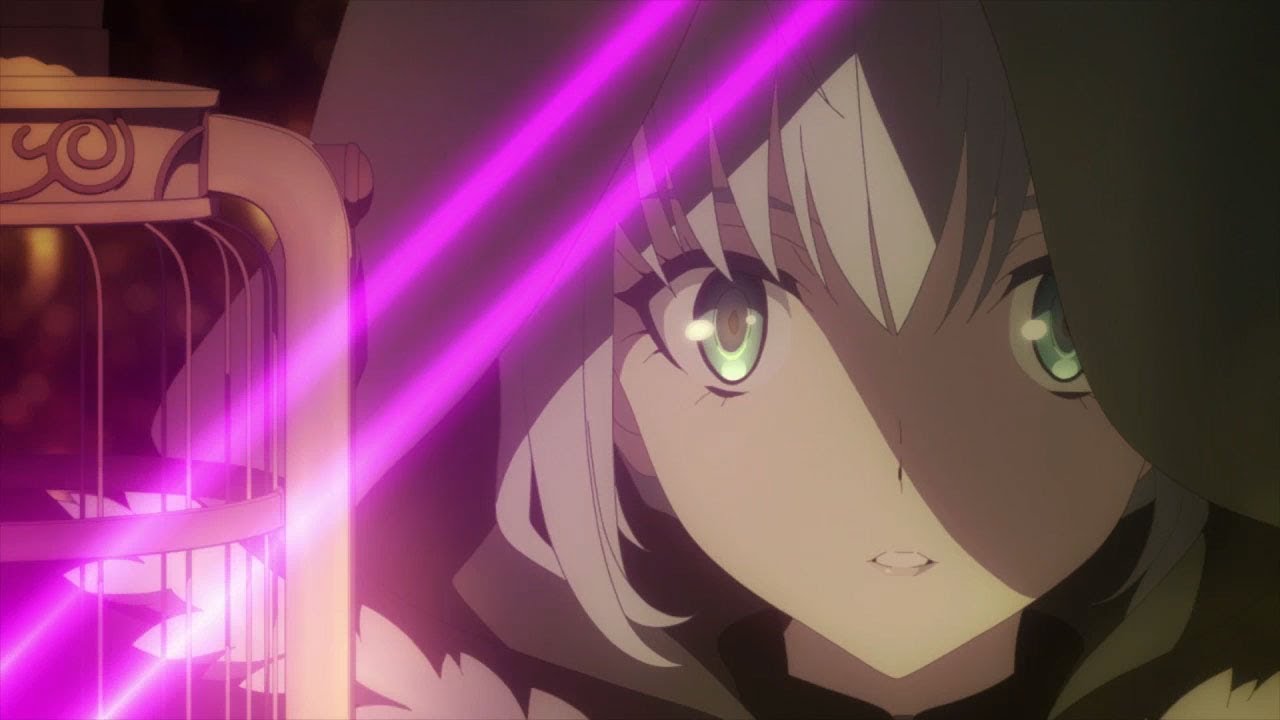 Creditless videos are geocockblocked indeed. The short PV on ASCA's channel isn't AFAIK. At least works for me.

grunty said:
Creditless videos are geocockblocked indeed. The short PV on ASCA's channel isn't AFAIK. At least works for me.
Click to expand...

That I don't know. The link ASCA shared to the MV was short.

Also, shittily compressed but decent rez version of the clean OST cover is on amazon.
Last edited by a moderator: Jul 13, 2019
E

Loved the new bgms this episode. 2 vocal bgms which I'm pretty sure are sung by Hanae. Full ed is also great, the repetition doesn't bother me as much as it did in the sample we heard.

Kajiura really stepped up for this show.
G

Well then... I think I need some more dB for music compared to everything else after all.

Also, isn't the 2nd vocal track the background from the ending?
Last edited by a moderator: Jul 13, 2019

Thx ! But I just purchased it legally on mora, in respect to YK.

grunty said:
Well then... I think I need some more dB for music compared to everything else after all.

Also, isn't the 2nd vocal track the background from the ending?
Click to expand...

Well this sucks! Can't seem to access the video

Justisamuel said:
Thx ! But I just purchased it legally on mora, in respect to YK.
Click to expand...

Out of respect to YK I'm going to buy the OST, because last time I checked mora did not want my money.

Love that harp track in the beginning <3
OP is amazing! And the visuals too! Didnt expect Gray to have such a big chunk of it! Why it looks like she's somewhat related to Saber ?
- more harp bgm <3
- 2 sfx (-_-)
- new bgm with xylophone (?) and blinging sounds
- guitar (?) ver of the theme (new bgm)
- slower ver of one of the bgms i think thats harp and sax ?
- 2 Hanae Tomaru bgms, one as battle theme, and one as slow bgm with harp (love the harp one!)
- ED by ASCA ! It seems like japanese ver of the hanae bgm.

i think she overdid it with the main theme arrangment, but wow, this soundtrack is arrangement wise so much different and so much more emotionally filled :D

When you see an anime with OP bgm by Kajiura you know that the director is a hardcore fan :D

Edit: They updated the coverart for the OST on the official site to have writings now. Ever so slightly cropped too.
Click to expand...

And they forgot to write YK's name too lol

About the full ED, i love it! But i think she run out of ideas from the end of the bridge until the outro part, and ended up looping the refrain melody twice. (similar to what happened with Hikari no Senritsu), i 'd prefer the song shorter. Also finally a song without strings on your face!
Last edited: Jul 14, 2019
S

Yeah she's done a lot of main theme arrangements, but each arrangement is distinct from the last so I'm not too upset. So far, harp and clarinet have been the star instruments of this soundtrack. I've said it before but I am so happy Kajiura picked up some other wind instruments here.
W

wowo i love the soundtrack in this episode as well!!
can't wait for the full ost. 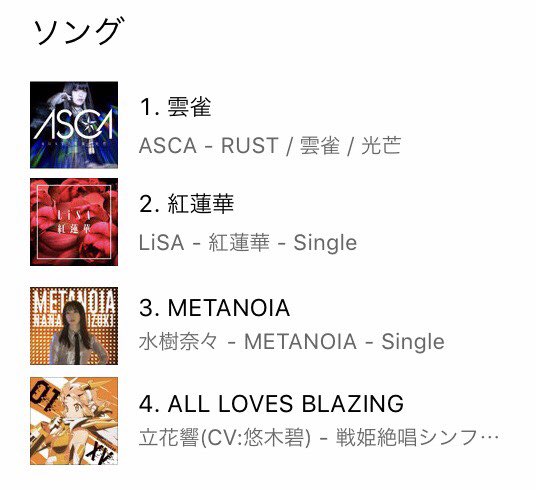