How did we miss this, my locos? Special program about the audition. There's an interview with Yasunori Mori. 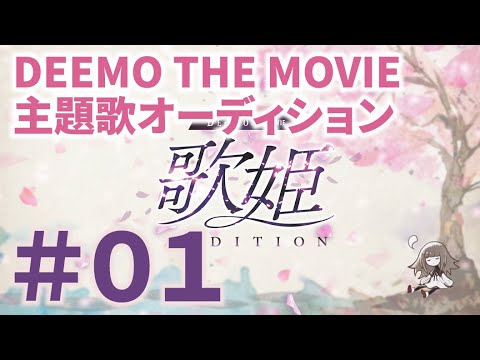 youtu.be
Bruh, it's actually a weekly show. Seems like each episode has interviews with the girls that passed the first audition. 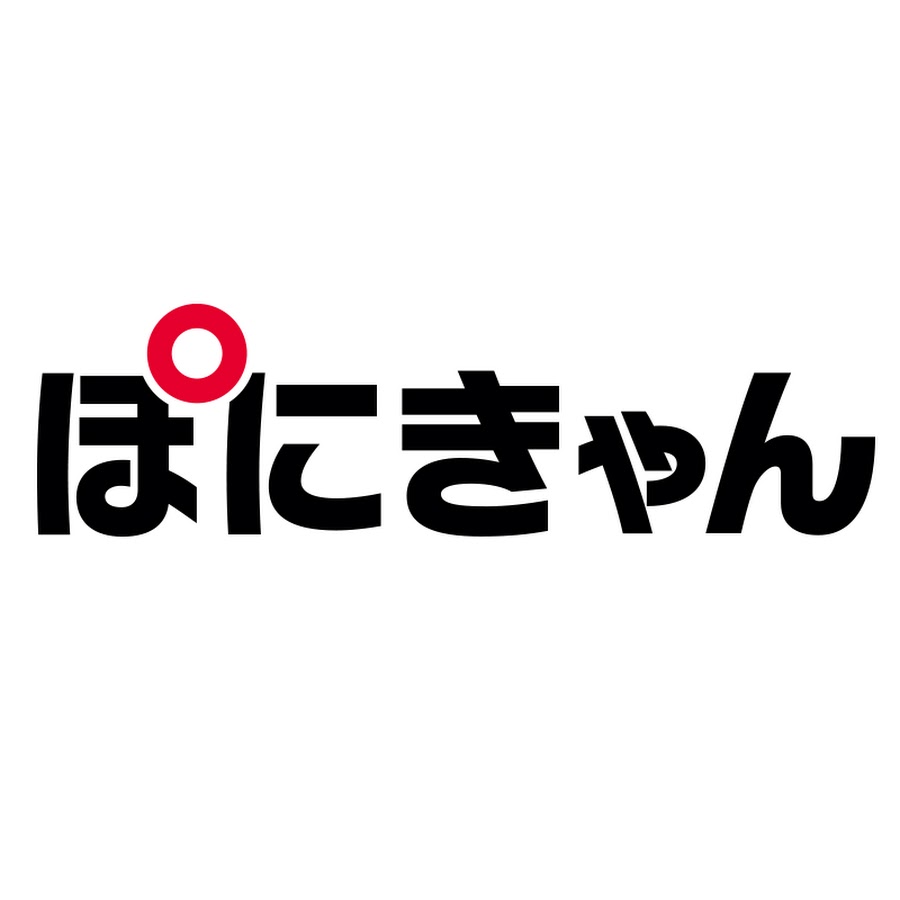 We're on the second round, my dudes. The winners of the first round are now uploading their second audition. They're still being uploaded so some are missing... I think?
No wait, these are the winners of the second round, hue. They were selected by Kajiura, Mori, and someone from Pony Canyon.
Final auditions will be uploaded on the 15th, and we'll be able to vote on the 15th and 16th. 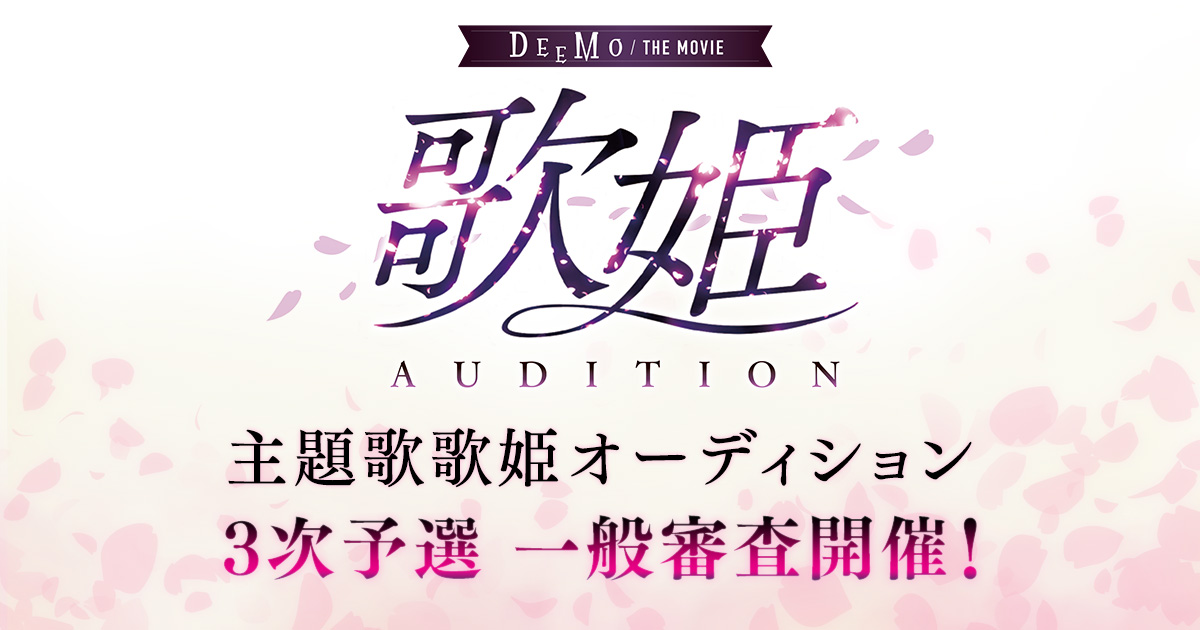 Audition for the theme song artist The 3rd round to include votes from the general public!｜Boommy 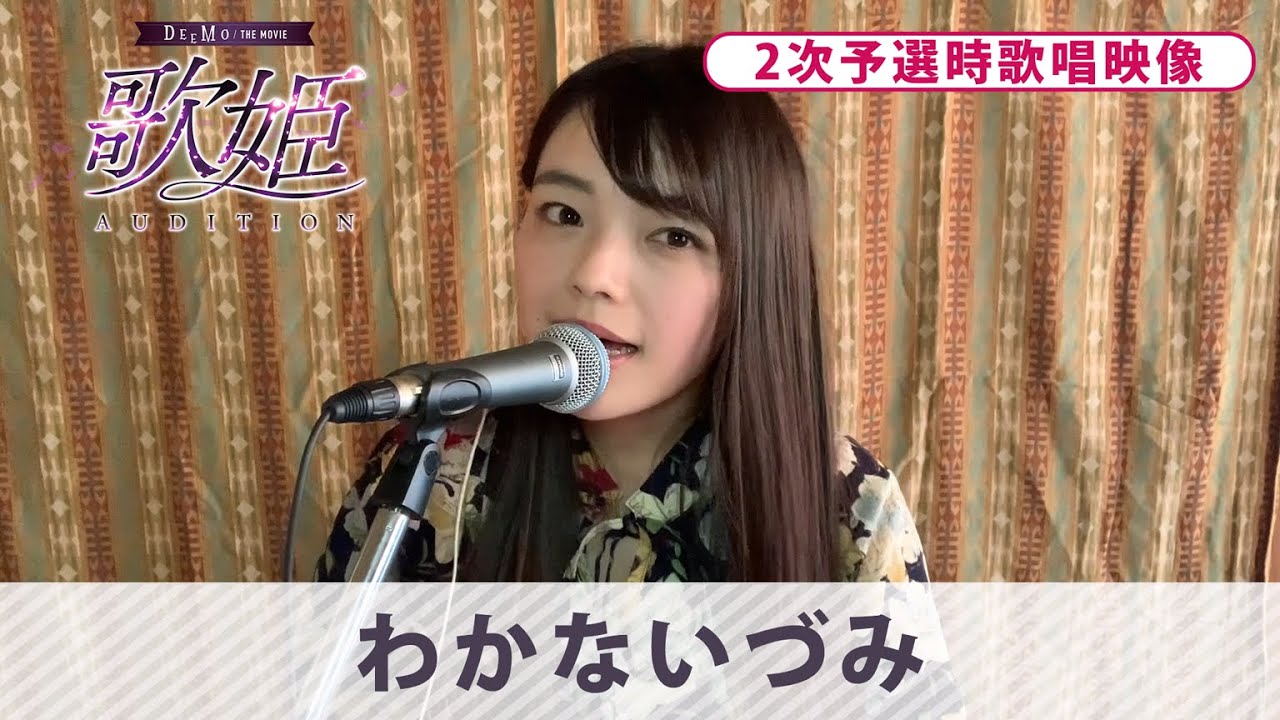 Kanon, just be careful with the throatiness and she's golden. Her falsetto and head voice in the refrain are on point.
Enaena started off weak, but got better in the refrain. Listening to her speaking voice, I didn't expect her singing voice to be like that hue.
KONOHA is an angel. They probably want a pop singer so she probably won't win. Never mind. While looking for the rest audition I found other videos of her singing pop.
Ayaka Sakuma, lmao that intro scared the shit ouf of me. Pitchy a few times, but otherwise pretty good.
垂石瑚子(didn't understand her name hue) awww sweet little thing is nervous. Bretty good voice. Get rid of the tension and she'll sound really good.
Rika Hashimoto - the beginning is a little low, but once she reaches the refrain she unleashes the beast!
Yaki wu - Bretty good, but I think her Inside a Dream showed off her skills better than this.
Risa Yuzuki - Really good when she's not trying to extra emote.
Click to expand...

Good luck to everyone.

@Lorde-Kowz They have romanization for everyone's name on the official site. (The English version for the 3rd round.)

Kanon and Koko are amazing, despite some flaws in their singings. They would become better when they grow up. Their voices are really interesting! It's hard to tell whether they can improve enough before the official recording if they are chosen, especially Koko. Her voice is tremble and her breathing technique is kind of weak. Can't tell whether it's because of her nervousness or she still has much room to improve. She'd be a great singer if she can fix these stuff.

Ayaka's voice is pretty good, a very jazzy one. I don't like the intro though... It shows she has a good technique, but I just don't like it..lol.

I like Wakana's voice as well, but Gloria may be not a good choice because I can't stop comparing it to the original. She may intend to make it sounds more emotional, but it makes her singing sounds weaker than another Wakana's in many places @~@. I wonder whether there are other people feeling the same...

Konoha is really the best! Her voice, her singing style, her performance.. her pop songs singing in other videos are really nice as well, and they show how powerful she is when singing pop songs. Honestly, it's hard for me to choose Konoha over Koko. I know that Koko's performance is still lack, but I really like her voice and her singing as well..;A;.

Vocal lessons for each singer (since June 5h hue), and third auditions are OUT. Everyone sang Akatsuki no Kuruma (why didn't they use the official karaoke? hue)
You can vote too~

Audition for the theme song artist The 3rd round to include votes from the general public!｜Boommy

Would be nice if Kajiura invited the winner to perform the ED theme at the next tour.
Last edited: Jun 15, 2020
R

Since Kajiura once stated that she actually doesn't like bringing people up like this i wonder how much grumbling she does behind the scene throughout all these selection process.

That being said, Kanon is my girl.

I don't think she minds since she won't be the girl's producer. 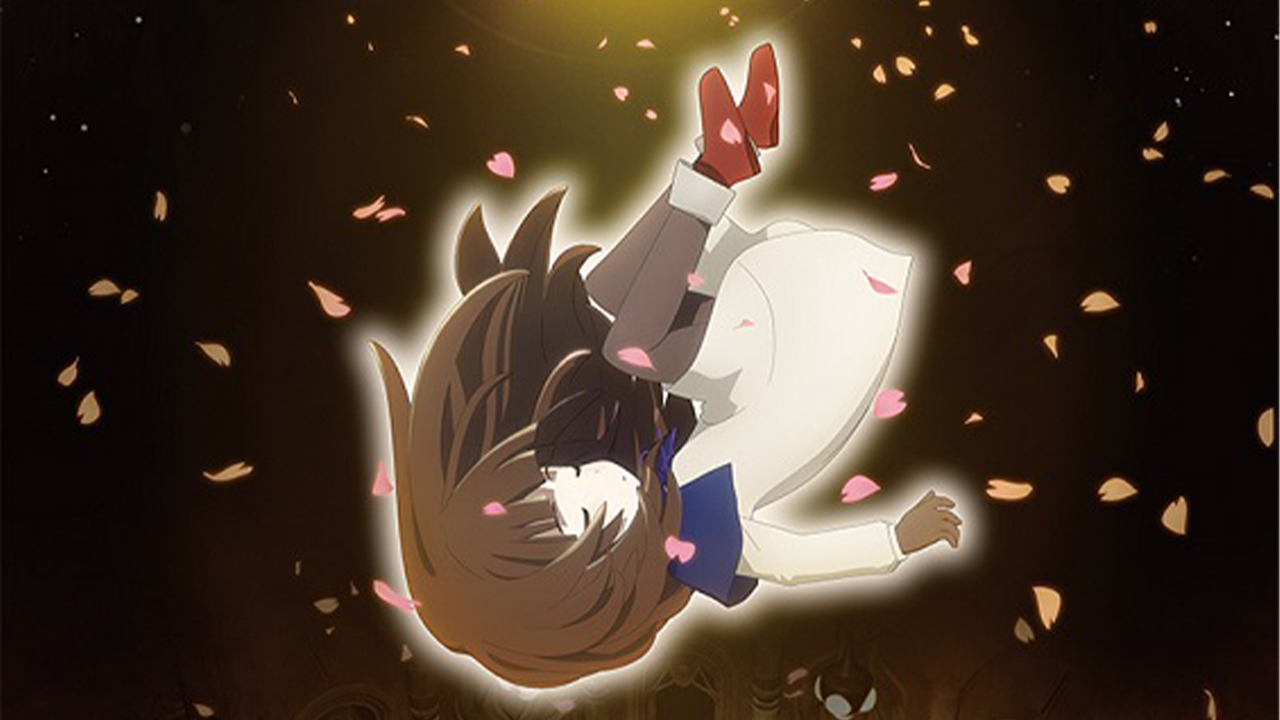 A grand winner of the public audition to decide the theme song singer for the in-production anime film “DEEMO THE MOVIE” will be finally announcing in this panel at Anime Expo Lite. The audition originally started in January of this year when it saw over a thousand applicants come in from around...

More info from the first link :)

Whats the point of having the anime expo dude among the judges ?

I ll probably give it a rest, no matter who is the winner there will be recording of the stream the day after.

Well... since they are sponsors of the "platform" for the finale, it's not that weird.

Currently watching the stream. They're all singing a new song I think? Not sure if it's TEH actual theme song. They sang Fluquor from the game.

And of course the Kalafans in the chat: "OMG KALAFINAAAAAAAAAAAA"

Hinano Takashima won. She sang Inside a dream and Akatsuki no kuruma live. Pretty meh, hue. Maybe I'll warm up to her, but her performances were kinda sucky.
Last edited: Jul 4, 2020 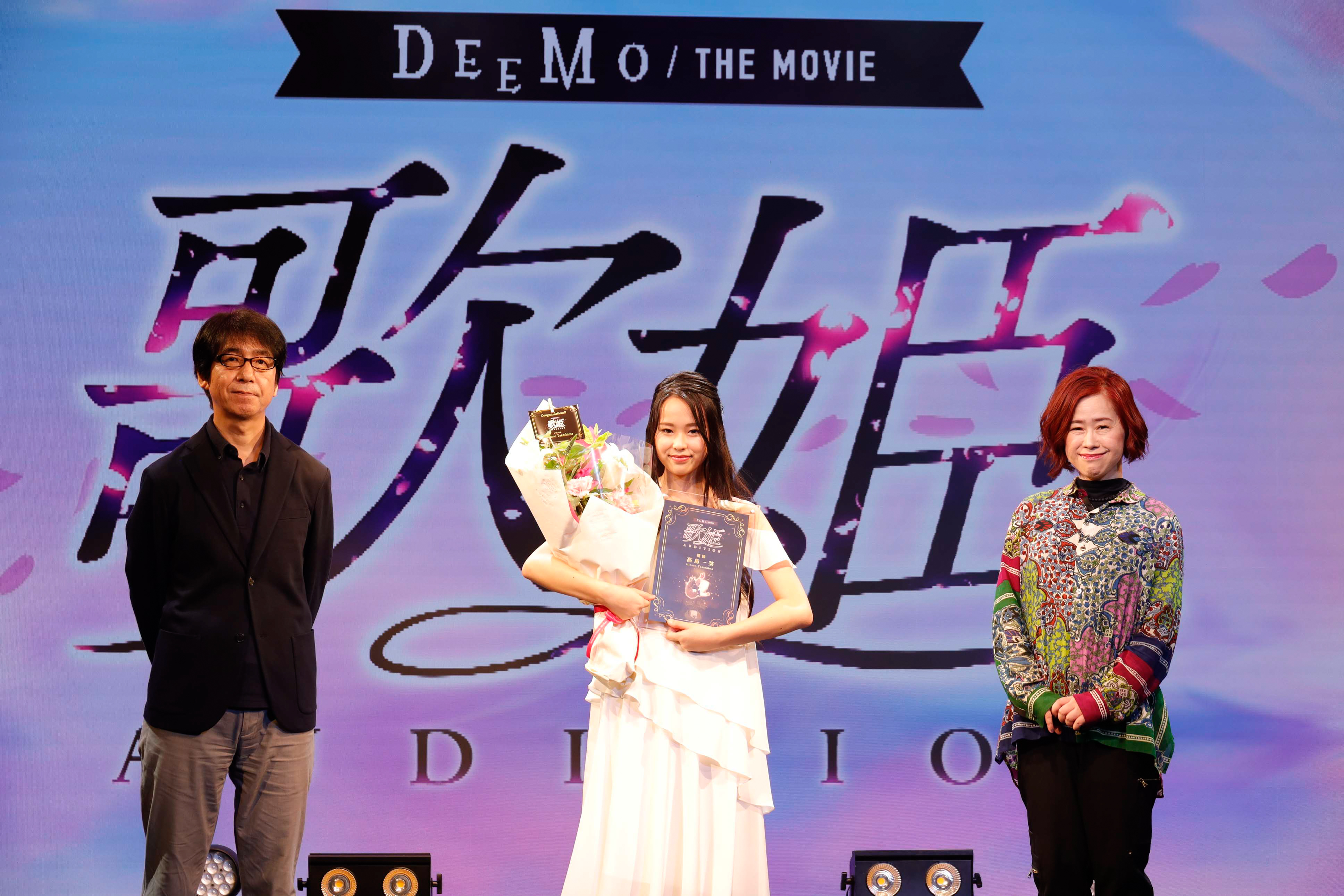 Yes, she is that young.

I really wonder what exactly Kajiura, Mori and whoever else got a vote see in her. Vocal wise, she was the worst of the final 6. Her stage presence was null. If they wanted someone that just stands there and sings then they should've chosen Konoha. At least she can sing.
From the last 6, I think Tamachan seemed like the best performer. But really, anyone BUT Hinano should've won.

What a disappointment, hue. And what a downgrade from Joelle.

Haha funny how Kajiura doesnt like waiting people to grow up then she goes and chooses possibly the youngest person of the audition with the least experience (unless she is from a singers family and sings since 3 years old or something).

I hope she meets the expectations and improves swiftly or the debut single will probably be the only thing with her from Kajiura. Feels like other factors than what they claimed them to be (ability + potential) played a greater role here.
Last edited: Jul 4, 2020

Well... no VOD, no watch. Guess I'll have to wait for the final product.
You must log in or register to reply here.
Share:
Share
Top