Anyone like the anime? I love it, I know it's THE best anime. It has one of the best soundtracks ever too. It follows Lina Inverse (my name is based off of hers) and Gourry Gabriev, a sorceress genius and swordsman (though has yogurt for brains (one of the lines in the show)). They save the world many times along with Zelgadis (a serious swordsman who is also a chimera of golem and tries throughout the series to find a way to turn himself back to normal) and Amelia, a justice loving princess who followed Lina to learn the dragon slave, one of the most powerful spells. The first 3 seasons are awesome, while 4 & 5 are kind of meh. I did not like the art style, and Lisa Ortiz, who does Lina's English voice is higher pitched in the newer seasons. It's still funny though.

Please go check it out if you haven't seen it. Hulu has the 1st season only but subtitled. English really is better for 1-3, but it may be hard to find. Try nwanime.com also.

Last rewatched it some 7years ago, still loved most of it then. Never finished the modern ones I think.

Pissed about the home video release quality we are stuck with for the TV series. As much as I love Naga I'd rather the TV series have good quality than the OVAs...

The anime, as well as dramas have some of my favorite anime adjacent songs. Everyone knows Get Along and JAMAWASASENAI but this gem from Masami Okui is one of my all time faves: 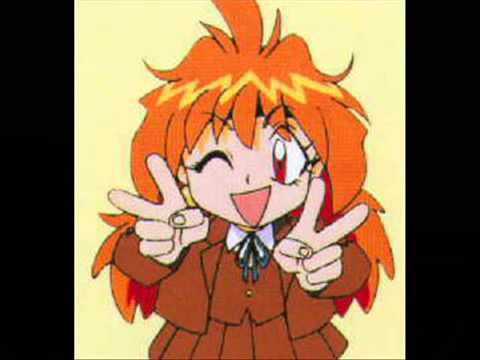 Ah I loved this back in the day

one of the few legitimately funny anime out there. The English dub is also excellent
You must log in or register to reply here.
Top