I made one of these since I couldn't find any pre-existing ones! I'll post mine later, but im curious to see everyone elses!
lmk if i missed any! i didnt include the best of albums or the live albums bc no new songs but i tried to include everything else. I'm planning on making these for more categories too (like kala/yk live concerts, etc.) 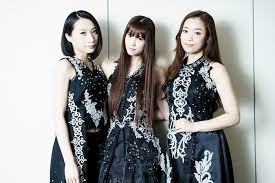 Rank all of Kalafina's Albums and Singles!

Ooh nice site. Here's my list.
I don't think HB is their worst song, but the single didn't have any other songs that could help it go up at least to C tier, hue.

We all can agree that seventh heaven era Kalafina = masterpiece and nothing can really top them. I really liked Consolation songs even though they're tainted by both to the beginning and Manten, but Hanataba - signal - obbligato are amongst my favorite Kalafina songs of all time so Consolation album is on top.

After Eden has grown on me a lot. I've always liked Red Moon album and tbh the only thing that makes it not on top is because Red Moon the song is freaking overrated and Haru wa Kogane is there. I liked both itw and Marchen so yeah they're there.

Not liking it but not hating it is filled with songs i need to be in a certain mood to appreciate.

Here is my somewhat controversial one lol

Sometimes i feel like the only one who really loves After Eden. Sure Magia and Snow Falling suck, but a good majority of my alltime fav Kala songs are on that album (Eden, in your eyes, Neverending, Symphonia, Mune no Yukue) so I have to give it S tier. With the exception of Magia and Snow Falling, the rest of the songs on that album would be about A tier for me too.

A lot of random bsides have songs I'd also individually consider S tier (Koibito, Utsukushisa, Kantan katan, etc.) but the rest of the songs on the single hold them back. And for some singles its the opposite, like believe is a shit tier song for me but i love in every nothing + lapis so :P

Consolation I've always found a tiny bit overrated, its a very cohesive album but with the exception of Signal, door, and Yume no Daichi it doesn't really have any stand out tracks to me.
FoTW I also find a bit overhated lol, all the singles suck and some of the bsides are meh (Hokage is probably my least favorite Kalafina song ever) but how godly Usumuraski and monochrome are brings the album up overall for me. I also really like musunde (it's grown on me a lot over the years), sorairo and identify. The album is nowhere near as cohesive as Consolation, but it has much higher highs (and also lower lows) . How bad the lows are though drags it down a lot for me.

I've always found Lacrimosa insanely overrated lmao. never cared much for Gloria either.
Storia is also kinda overrated imo, but lirica brings it up to B. HnS itself would be about B tier for me, but I dont really like sapphire so it gets C.
Kagayaku I've also always found a tiny bit overrated, the only reason i sit through it 99% of the time is for keikos bridge lol
One Light and KnGnNw are C bc I only really like Tsuioku + Samidare, everything else is meh.
I

Decide to redo my list and post it here! I'm really not picky about anything lmao!! the way I rate this would be 'The B-Side is strong enough even if the single isn't to make it to higher lists' and vice versa.