What is this about ?

Interview by Tsuda University where Yuki Kajiura studied for four years, graduating in 1989: 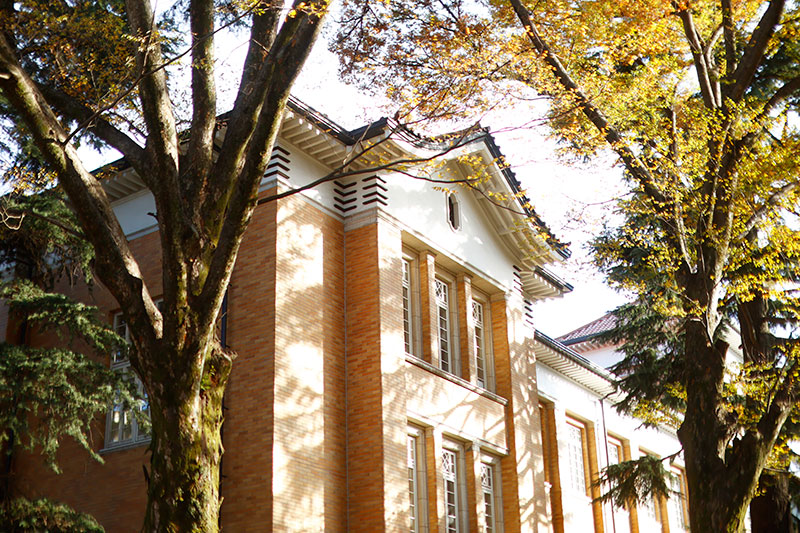 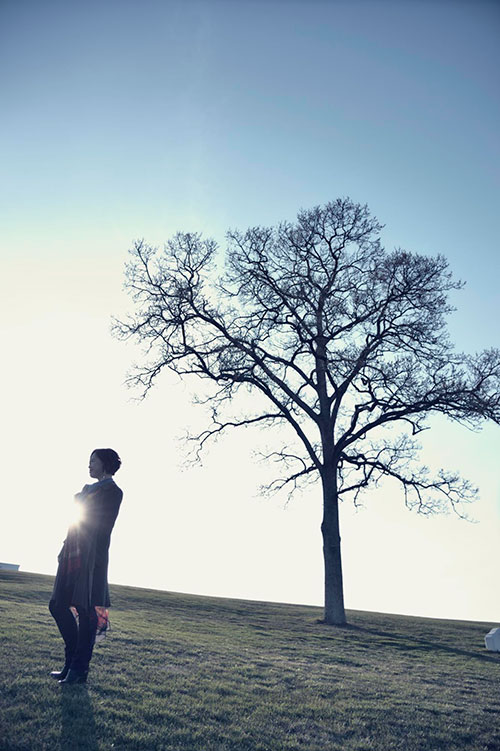 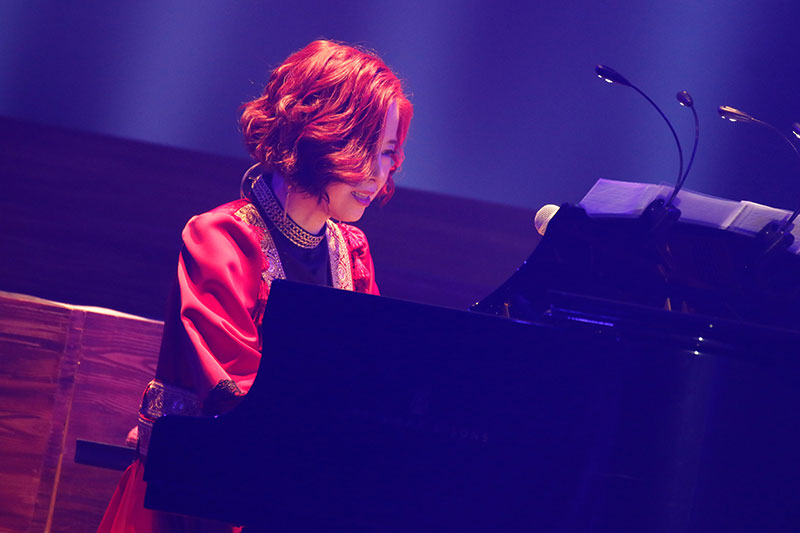 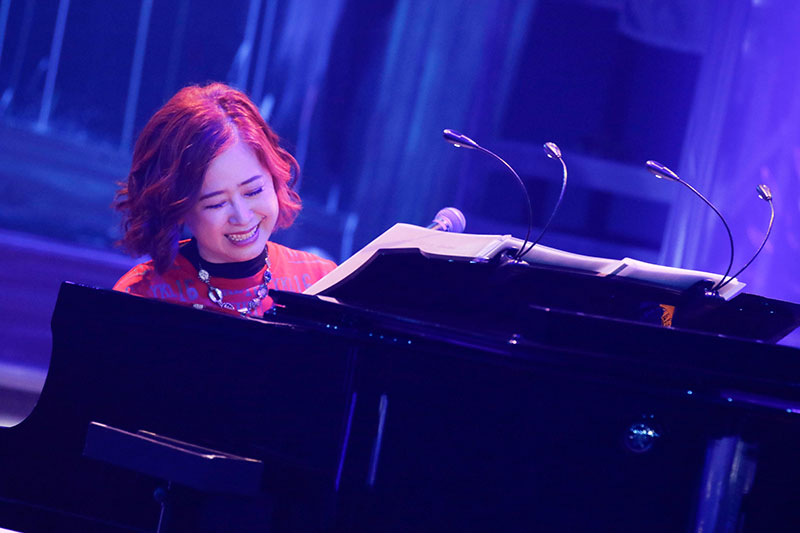 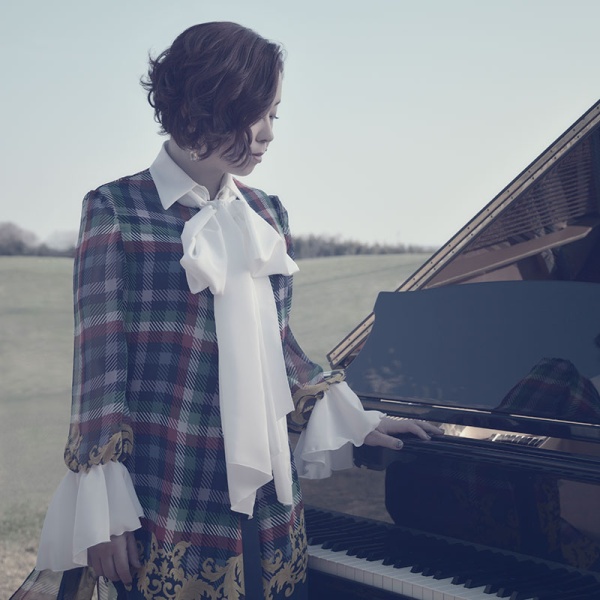 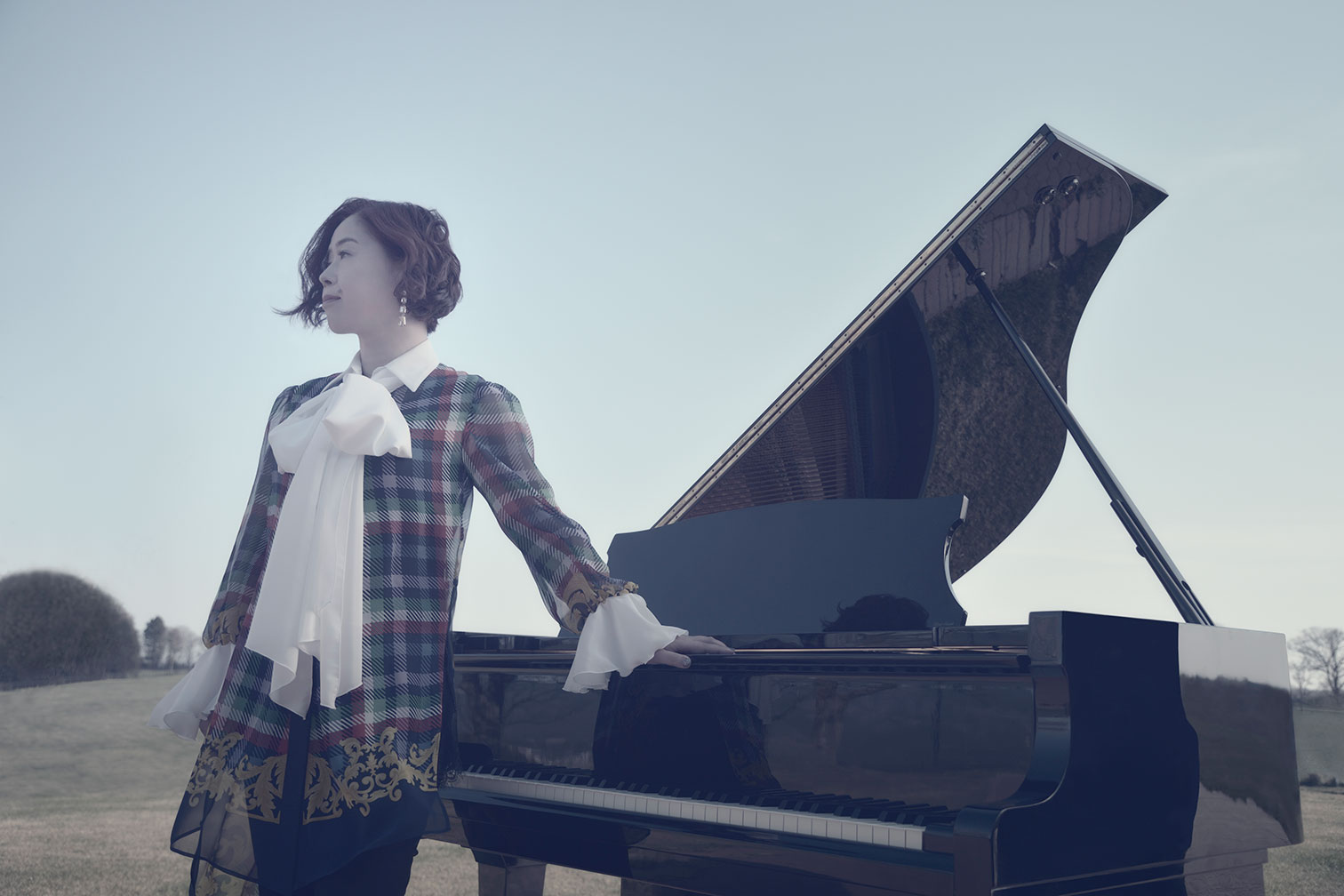 Thanks! Thats really cool ^_^ I fixed your link at the end as it was for an other person's interview.

Yuki Kajiura studied English and American literature, played in a band, and worked part-time during her studies. After working for a major telecommunications company for three years, she shifted her focus to band activities and made her major debut as a member of See-Saw. In the 2000s, See-Saw's single "We were together so much" was adopted as the ending theme song for the TV anime "Mobile Suit Gundam SEED" and became a big hit. He has also been involved in theatrical accompaniment music for a number of high-profile works, including the anime "Puella Magi Madoka Magica," "Blade of the Demise," and the NHK TV series "Hanako to An. Mr. Kajiura says that he realized that "work is love" when he saw the attitude of the teachers he met during his university days. We asked him how his studies at Tsuda College have been applied to his current work in lyric and composition.

Studying in a way that allows me to focus only on what I like is
I enjoy it from the bottom of my heart.
First of all, please tell us why you applied to Tsuda College.
I thought that Tsuda College, with its emphasis on English, would allow me to have a meaningful student life with a view to my future career after graduation. I was also attracted by the fact that it was close to my home and easy to commute. When I visited the campus to take the entrance exam, I was impressed by the beautiful school building and the natural surroundings along the Tamagawa josui. It was as if I was walking into a forest, and I felt that it was a place that I would love for four years. I didn't like to study much until high school, but I have always been familiar with books and English. I wanted to spend all my time here reading and learning languages, which I love. That is why I decided to enter the school.

Please tell us about your impressions of the school.
I was expecting to meet female students who recite English poetry in the hallways. (laughs) My expectations were quickly dashed. (laughs) On the other hand, the amount of study was very high, just as I had expected. I remember well that I had to spend a lot of time preparing for classes in order to keep up with them. When I came home, my daily routine was to read American literature for a couple of hours with a dictionary in hand. I had loved reading since I was a child, so it was simply fun to read while anticipating the next class. In the seminars where we discussed novels, everything was in English, as I am sure it still is. It was frustrating, but fun, to not be able to say what you wanted to say properly and to wrack your brains to find another way to express yourself in English. I realized that it is fun to study what you like, not what you feel obligated to cram in.


Seeing the passionate teachers.
I wished I could become an adult like them.
Could you tell us about a class that left a deep impression on you?

It was a class where we had a seminar discussion about the character of a certain woman in a novel. Everyone had very different interpretations of the same character in the novel, and I was surprised when the professor gave us homework to draw a portrait of the woman. When I faced the story with the intention of drawing a picture of the image I had imagined only with words, I was surprised to find myself thinking, "What? I thought this woman was beautiful, but her mouth might be mean. ......" I made a new discovery. I remember how interesting it was to know that there was such a way to read a story. The attempt to read a story from multiple angles is also utilized in my current work. When I create soundtracks, I find that touching the original story from different angles changes the way I look at it and makes the music more compelling. When composing music, which tends to be subjective, changing the point of view also has the advantage of allowing me to be calm and objective.

What did you notice in your interactions with the teachers?
All the professors have a deep love for the literary works they study. I was most impressed by that. They would talk about how wonderful the descriptions were with a twinkle in their eyes. For example, he quoted a line from a woman in the book and said, "You should become a woman who speaks this kind of English," and spoke passionately about the glamour of it. Knowing through the teachers that there are so many passionate adults out there made me want to become an adult who is passionate about the things I love. The teachers were truly wonderful, and I was in an environment where my future role models were close at hand.


I would immerse myself in the charm of a story and compose it as if I were writing a book report.
That's my style.
Please tell us about how you built your career in music.

When I was in college, I was also involved in band activities, sparing no time to sleep, but after graduation, I got a job at a major telecommunication company with excellent benefits. The music I continued to play in between jobs was just a hobby. The fact that my father, who was a music lover, passed away when I was 19 years old also encouraged me to change my career. Since my father had passed away, I thought that I should join a big company in order to lead a stable life. But at the same time, I thought, "You never know when you will die. But at the same time, I was also thinking, "I don't know when I'm going to die, and I want to live my life so that I don't regret it when I die. After much deliberation, I decided to take the plunge into a full-fledged musical career. While I was not blessed with any hits for a few years, I gradually continued to write lyrics and compose music, and when a song I worked on under the name See-Saw became a big hit as the ending theme of "Mobile Suit Gundam SEED," I began to be recognized as a composer.

Sometimes I write songs with English lyrics, and being exposed to a lot of English poetry in class and learning about rhyming and other expressive techniques has been a big help. The feeling I had back then, "I like this metaphorical expression and the rhythm of this string of letters," is still the ideal form of English lyrics in my mind. When I'm aware of the rhythm of the words, the highs and lows of the pronunciation of the words already encompass the melody, and so the song is born naturally.
What kind of activities do you want to do in the future?
I would like to continue making music that tells stories. I'd like to be able to create colors, smells, hearts, and seasons in my imaginary world and have people ask me if they can add music to it. Nothing makes me happier than that. The joy of giving form to the inspiration I get from a story is my driving force. At the same time, I want to be involved in a wide range of works regardless of genre. I don't want to limit myself in terms of style or where I can work. I didn't get the soundtrack job by myself, but by luck through my relationships with people. That's how I got where I am today. I would be happy if I could continue to compose music while laughing, crying, and fighting with people in fields I had no interest in.

I developed the habit of working hard. That's all I can say. The habit of concentrating on something cannot be acquired without training. I was fortunate to be able to practice that at Tsuda College. I have also learned that it takes a lot of time to master something. For me, Tsuda Juku was a luxurious time where I could immerse myself in what I "liked" and learn as if I were playing. I had never studied as much as I did at Tsuda before, and I think all Tsuda students do the same. It taught me to be prepared and interested in learning, and basically that learning is fun.
Finally, do you have a message for high school students who are aiming to study at Tsuda College?
I would like to tell them that if they are thinking, "I need to find what I like as soon as possible" in order to decide on a career path, there is no need to rush. I think what is commonly referred to as "true love" is the feeling of knowing after the fact that you started something out of curiosity, but before you knew it, it lasted for such a long time that you couldn't help but continue it no matter how difficult the situation was. It's not easy to find something in a few days, and you may not realize it until you're about 60 years old. Paradoxically, if you take it easy and say, "It's okay if I never find anything," you will be able to encounter many opportunities. Relax your shoulders, use your footwork, and dive into whatever moves you.

Tsuda College has been evolving flexibly with the times since I was a student there in the 1980s. It was one of the first universities to introduce computer classes back then, and I feel now that it was interesting to see how they saw things. I heard that you are now offering a wide range of lectures related to gender issues. I am sure that this university, which is sensitive to women's way of life, will give us the power to live out our lives flexibly after graduation.

Very interesting interview. We're getting to know her past better :)
I'm wondering who did it. Could be a student whose task was to interview a famous person, or the staff to promote their own university.

Probably the second one, as seen from the last few questions. Also there are interviews by other successful graduates too
https://www.tsuda.ac.jp/learning/interview/index.html

Can see (not hear) some Kajiura soundtracks in this "Soundtrack highlights" shared by Milan Records.
Meanwhile there's someone with a full panel just for him lol
https://www.youtube.com/watch?v=9GSp9oukGIw"Sis puella magica!" can be found in their playlist too
https://open.spotify.com/playlist/0IvR25FmjpKikgq6HgFKyhFunny that most of the japanese soundtracks here are actually older than 2021. It was about time! 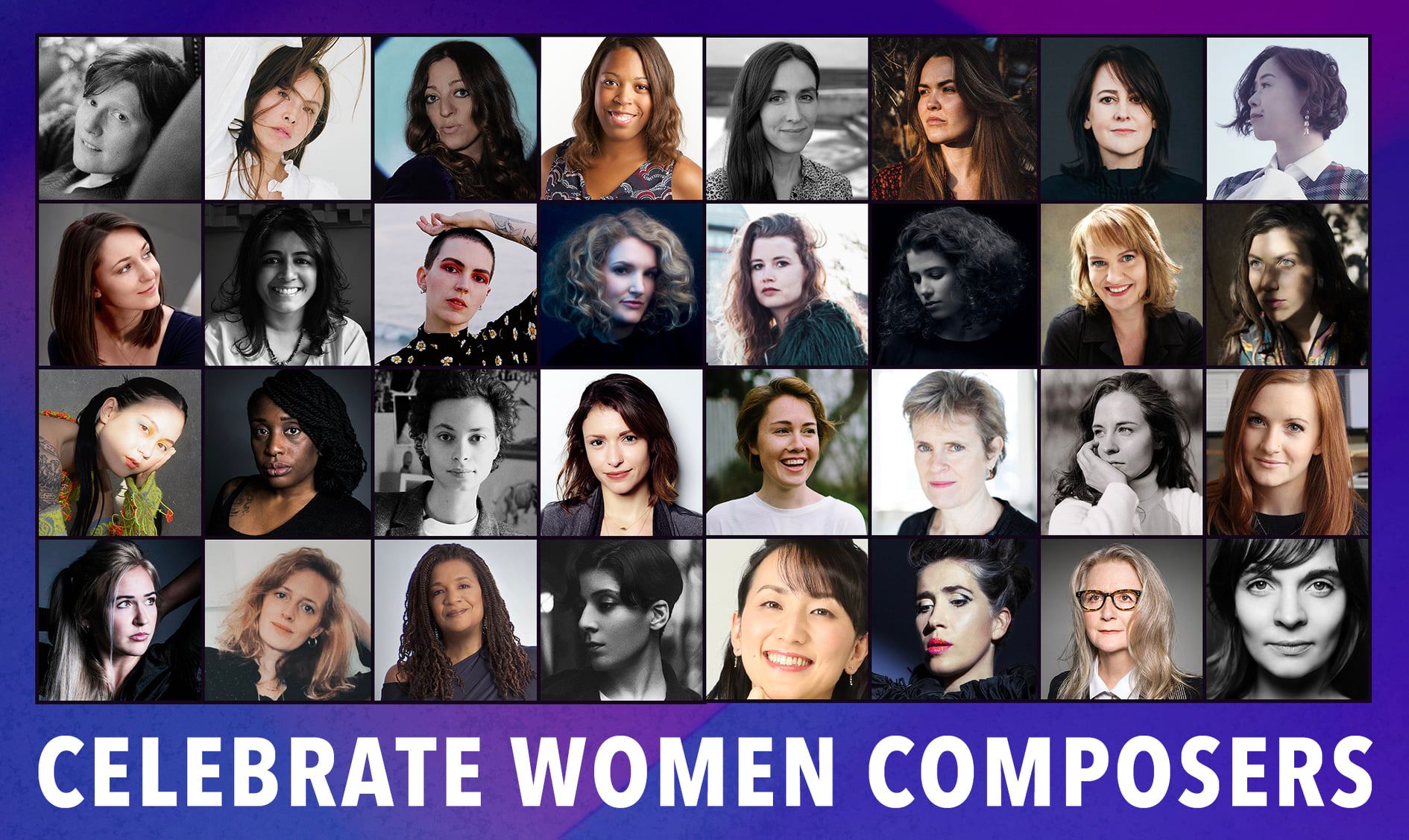 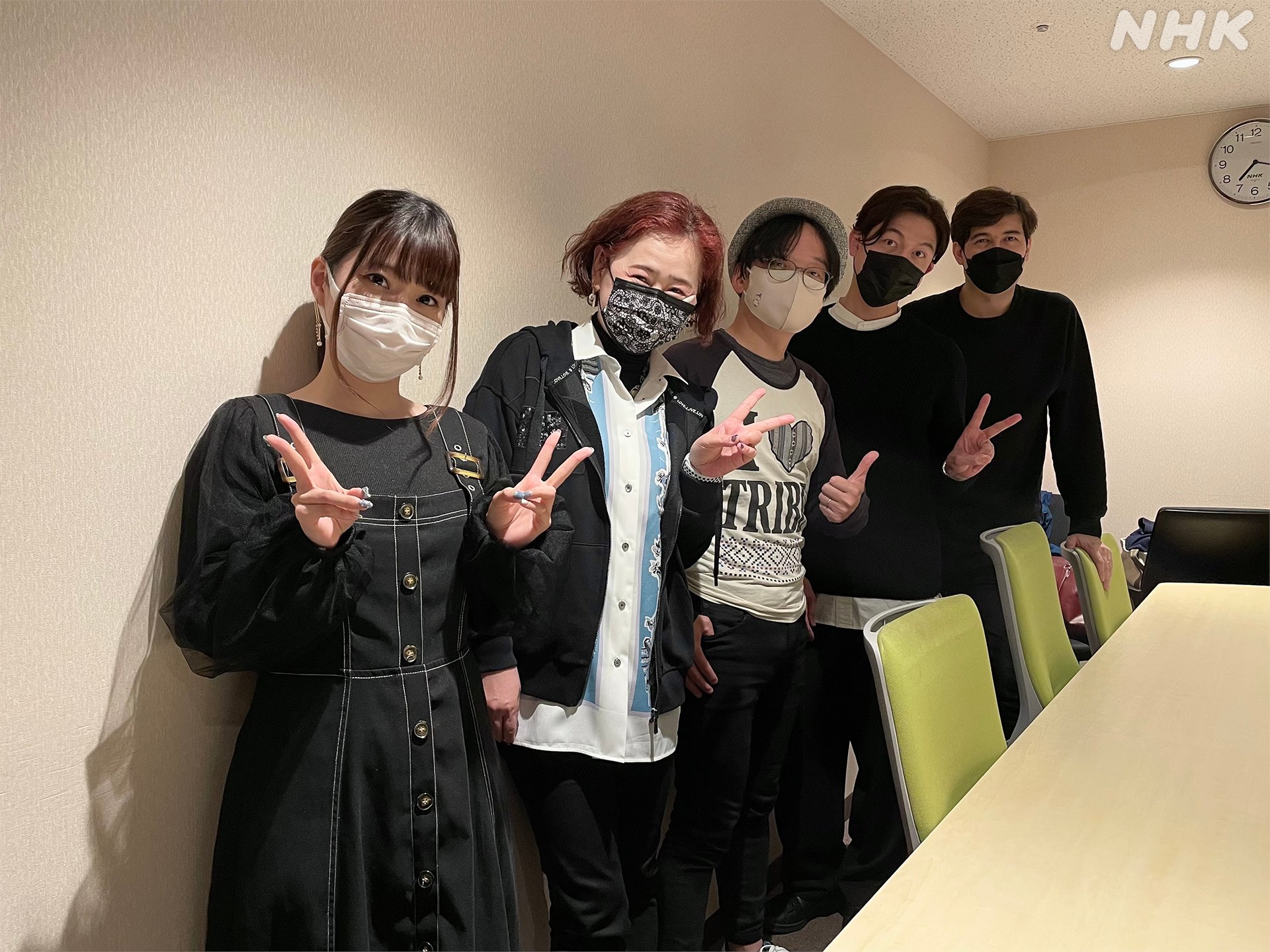 I tried getting the radio stream to work yesterday but I guess it's geolocked (but giving a generic server error message)?

@grunty Sasha said in english "Hello listeners from all around the world!!!" so... ¯\_(ツ)_/¯
Asaka said some words in english too
(Their english is of course very good because Sasha was born in Germany and Asaka raised some years in America)

about Yuki Kajiura in the last 17 minutes, they played a part of "swordland" for her introduction

Well it ain't working on my end.
W

please look forward to us =